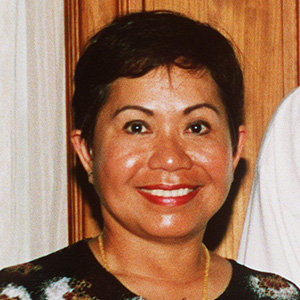 Tiger Woods has been one of the most successful golfers of all time and the most praised athletes of this era. Behind his success, there has always been his loving and inspiring mom, Kultida Woods. She was the one who walked side-by-side on his golfing journey, lighting up the future of him.

As one said, 'Motherhood is difficult but, rewarding.' Despite being a single mother, Kultida gave the love and affection of both mom and dad to her son. Professionally, she has been involving in the philanthropy through the Tiger Woods Foundation and helping the children.

Relationship With US Army Infantry Officer!

Years ago in 1966, Kultida met Earl Woods Sr, a member of the United States Army, while she was working as a secretary in Bangkok in US Army Office. After the first meeting and knowing each other for a while, the buds of love bloomed between the couple. Later in 1968, she fled to the USA and began residing with her sweetheart.

After three years of a romantic love relationship, Kultida finally thought to marry her man. Thus, she shared the wedding vows with Earl on 11 July 1969, at the age of 25. Also, the Kultida's family was blessed with a baby named Eldrick Tont Woods on 30 December 1975. Later on, their son was named Tiger Woods. Though Kultida kept her profile low-key and rarely appeared with her hubby and son, her influence in their life was noteworthy. As per the ThoughtCO magazine, Kultida was the one who used to drive her son to tournaments.

Before Kultida, her spouse was married to Barbara Woods Gary from 1954 until 1968. Together, they had three kids, a daughter named Royce Renee Woods and two sons named Kevin Dale Woods and Earl Dennison Woods Jr.

Kultida Woods' husband, Earl Woods, is no more alive in this world. Back on 3 May 2006, he passed away at the age of 74. Her husband was diagnosed with prostate cancer in 1998. He even underwent radiation treatment and was said to be cured. But in 2004, Earl's cancer spread throughout his body including his brain and spine.

Earl's death depressed all his family members. Two years after Earl's death, Tiger wrote in his website pondering the eternal love for his daddy. He wrote that his father was his best friend, who always has been his role model in life and taught him a lesson being a dad, coach, and mentor. He even proudly gushed saying he felt the honor to continue his father's legacy.

Kultida Woods's son, Tiger thinks that his parents are the most inspiring persons in the world. He mentioned his mother, Kultida as his hand and dad as his voice. Meanwhile, he told that he still fears of her mother, who is tough and very demanding.

After the death of husband, Kultida was the single mother, who supports Tiger in his path. She still supports him and attends his tournament from time to time. As of now, Kultida resides with her son Tiger in Florida. Most recently on 14 April 2019, she alongside Tiger's children and his girlfriend Erica Herman appeared to watch the game and cheered him on his of at Masters’ victory. As per the Heavy magazine, Tiger has two children named Charlie and Sam from his post-relationship with ex-wife Elin Nordegren. Also, he and his girlfriend, Erica were first spotted in 2017. As per the source, Tiger's sweetheart worked as a manager in the restaurant in Florida.

Most recently in April 2019, Kultida's son Tiger has won the title of 2019 Masters champion.

Kultida Woods, who has kept the information about her job secluded, has been involved in philanthropy through the Tiger Woods Foundation. As per the ThoughtCO magazine, she is also involved in a charity program in Thailand and has financially supported children's house and school.

Her son, Tiger reportedly has the net worth of whopping $740 million, which he garnered from his career in golf. He receives the payroll of $110 million (£86.2million) from the commercial deals and endorsements, as per wiki.

Born in Thailand, the birth date of Kultida Woods is 27 May 1944. Her real name is Kultida Punsawad. She grew up alongside her three siblings. While she was young, her parents split from each other, filing for a divorce. Holding Thai nationality, Kultida belongs to mixed ethnicity (Thai, Chinese, and Dutch).