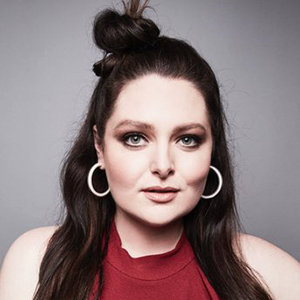 Lauren Ash is a Canadian actress known for her role as Dina in the NBC sitcom Superstore. The Canadian Comedy Award winner for Best Female Improviser was a cast member of comedy troupe Second City's Toronto and Chicago mainstages for a long time.

The 36 years old actress has appeared in the movies like Lars and the Real Girl alongside the star actor, Ryan Goslin.

Lauren Ash relished a low-key dating life with her boyfriend, Umberto Gonzalez who is a comic writer. He is also a Film Reporter at The Wrap and the Founder and Editor In Chief of heroichollywood.com.

Although not many updates are available, Lauren mentioned her bond with Umberto on social media requesting her fans and supporters to check out Umberto's review on the movie, Doctor Strange.

Umberto too wrote that Lauren was one of the fans of Teen Mom Extended Universe which he disclosed through a post on Twitter on 23 August 2017. Likewise, he also shared the picture of Lauren and captioned, 'Fangirl hottie of the day, my gf @lauren_ash' on 22 July 2017 and portrayed his love and harness towards his girlfriend. Despite their love dimensions exhibited on social media, the couple has not updated their relationship status since August 2017which has created baffles amongst their fans. Whether the lovebirds have separated or are still together is the primary inquiry of the audience.

Nevertheless, Lauren is not married, and there are no traces of her possible future husband.

Besides that, she never fails to update the bond with her parents on social media. Back in March 2019, she shared her childhood picture with mother and wished her a warm birthday stating that day was the special day.

Lauren Ash, age 36, suffered from the polycystic ovary syndrome (PCOS) which caused an intense pain that she even contemplated the suicide. She disclosed that the illness started in 2015 in the form of Pre-Diabetic symptoms. Later, the sickness drifted towards PCOS, and she felt overwhelmed and even thought of attempting suicide to get rid of the pain.

She underwent through surgery as per the suggestion of the doctors and also did medication prescribed by the surgeons. Despite that, she stated that remedy was the critical factor for her depression which she illustrated through a post on Instagram. She wrote;

"As someone who has been told by multiple doctors regarding my #PCOS and weight loss ‘I’m sorry you’re basically just screwed’ I really get my back up about this.

Currently, she is under the medication and supplements to change the fooding habit so that it would not trigger the illness again. She now works for the awareness of PCOS amongst women of various age groups.

Lauren Ash was born in Belleville, Canada in 1983 and she celebrates her birthday on 4 February. She belongs to the white etnicity and holds Canadian nationality. Lauren stands the decent height of 1.7 meters (5 feet and 7 inches tall).