Home » Celebrities » Who Is Lauren Drain Married To? Meet Her Husband
Share 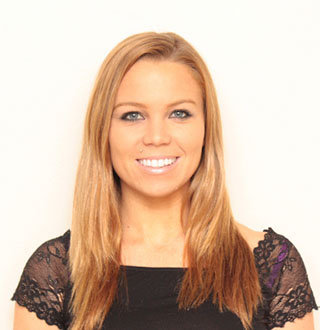 Lauren Drain started working in the healthcare sector at the age of 16.

But, over the years, the registered nurse has also emerged out as a fitness model. While Lauren was engaged in her 13-hour-night shift at a hospital, she also hustled to make her body fit and competed in a show in Canada.

Likewise, Lauren is also a WBFF Bikini Pro and has worked with fitness brands like Team Domin8, Bikini Pro Runner up Brittany Coutu, and World Champion Mandy Sacs. Plus, she is a NASM certified personal trainer.

Besides modeling and caring for the sickly, Lauren is a New York Times Bestseller for publishing a book called Banished: Surviving My Years in the Westboro Baptist Church in 2013. After publishing the book, she gained limelight and went on to make appearances in media platforms like CNN, MSNBC, 20/20, and 60 Minutes.

Lauren is married to a man named David Kagan since 2013. Together, the couple is parents to a daughter named Aria Skye Kagan- who was born on 29 December 2019.

Lauren and David first encountered each other in the year 2010. After being together for almost three years, they exchanged their wedding vows at Long Island on 4 August 2013.

Another Lovestory: Who Is Jenn Im Husband? Details On Her Married Life & Bio

On her special day, Lauren had invited her parents, but they didn't attend the ceremony. As a result, Lauren was walked down the aisle by two former members of the anti-gay and anti-Semitic cult: Megan and Grace Phelps-Rope.

Likewise, at her bridal shower, her mother-in-law gave Lauren a locket that had pictures of her three siblings.

Lauren was born on 31 December 1985 in Tampa, Florida, to her father Steve and mother Luci. She was raised in Kansas after moving to the state with her parents during her elementary school years.

Lauren has two brothers named Boaz and Faith. Also, she has a sister called Taylor.

The nurse-model attended Washburn University and graduated with a Bachelor’s degree of Science in Nursing in 2007.

Details About Her Father

Prior to being famous, Steve went undercover to expose the Westboro Baptist Church but soon became a devotee.

Eventually, Steve started treating Lauren cruelly and even barred her from communicating with schoolmates.

Later, Steve and other family members along with the church expelled Lauren in 2008 after discovering that she had made a short video about the church.