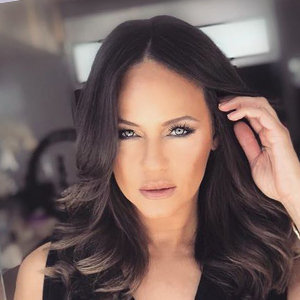 American actress and model, Leila Arcieri, rose to fame as the Miss California Pageant held in 1997. Her participant in beauty pageant caught the attention of several commercial producers, and soon, her adventures in the entertainment industry began. She also was listed in Maxim Magazine's Hot 100 list- 2005 edition.

Along her journey in the film world, Leila became known for the family comedy Daddy Day Care(2003).

Leila was born on 18 December 1973 in California. She was timid and was a tomboy to some extent during her young years; Leila joined the cheerleading team in Junior High School to overcome her shyness.

After graduating high school, Leila moved to San Francisco, where she worked as a graphic designer and photography assistant before becoming a make-up artist.

Speaking about Leila's family, Leila is the daughter of an American father and African-American mother, Anita van Buyten. Unfortunately, her parents separated when she was just two years old. After then, her mother raised her as a single mom.

See This: Hannah Meloche Wiki, Boyfriend, Net Worth, Where Does She Live?

There is always curiosity among the audiences regarding her relationship status. At present, American actress Leila Arcieri is neither married nor not dating anyone.

However, Leila was previously in a relationship with Jamie Foxx. The couple had started dating back in June 2004, but their love-boat didn’t sail well for much longer. After dating for eight months and allegedly getting engaged, the couple decided to split in February 2005. While in a relationship, there were also rumors about them getting married. However, according to Femalefirst.co.uk, Jamie was not planning to rush things down regarding their wedding. Jamie confirmed that he didn’t want to end up like his friends who get hiked and threw big parties quickly, but the relationship is over within 2-3 years.

Keep Reading: How Old Is Kayla Davis? What Is YouTube Star Doing Now?

After getting crowned in Miss California pageant, Leila Arcieri immediately started getting offers for commercial and music videos. She got featured in advertisements for 800, COLLECT & Starbust, and also worked in music videos for Q-Tip, Montell Jordan, and Boyz II Men.

Later, she shifted from modeling to acting—she made debut in the film industry from Timothy Stacks’s series Son of the Beach in 2000. Afterward, she made an appearance in Mammoth(2006), Babylon Fields(2007), Brothers(2009), and The Fuzz(2010).

Leila's fruitful career in the entertainment industry has inevitably attracted immense fame and wealth in her life. However, her net worth is yet to be disclosed to the general public.

Discover This: TikTok Star Brooke Barry Wiki, Net Worth, Family, How Old Is She?

Note: According to Payscale, the median salary of an actress is estimated to be around $19.93per hour.