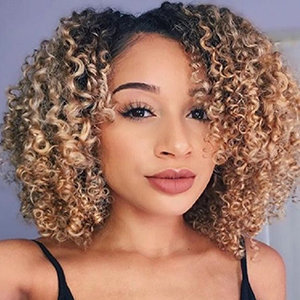 Luhhsetty is an American YouTube personality and a social media star prominently known for her YouTube channel, Luhhsetty. Her channel has enormous 2.66 million subscribers, while her Instagram account Lisette has massive 561K followers. Luhhsetty's YouTube channel contains videos related to makeup tutorials, hair care routine, along with many entertaining vlogs.

Her most viewed YouTube videos are Cutting Out My Locs! (2018) and Testing Out Weird Hair Tools (2019); both have crossed over crossed four million views.

Born on 30 May 1996, Luhhsetty’s real name is Lisette. Her birthplace is Florida, United States of America, and she has two elder sisters: Tera and Suzette.

Luhhsetty grew up interested in social media from an early age, and as a result, she launched her YouTube channel at the young age of fifteen. Later, at the time of her high school graduation, she posted a video titled My High School Experience and Advice- which gained immense success.

Luhhsetty is in a relationship with a model named Brandon. Luhhsetty first started hinting about the relationship status on 2 January 2019 when she shared a picture with a man but didn't reveal his face. After a year, on 6 January 2020, she finally revealed her boyfriend with a video titled My Boyfriend Does My Makeup. In the video, they revealed their first date was at a bar in New York.

Further, she also revealed that Curls Blueberry Bliss Reparative Leave-In Conditioner moisturized her strands and SheaMoisture Coconut and Hibiscus Curl Enhancing Smoothie protected the hair from being crunchy or hard.