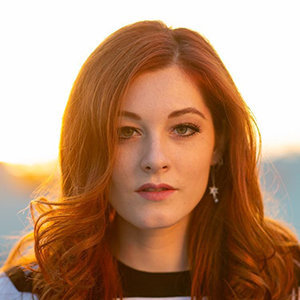 Mandy Harvey, a singer, songwriter and motivational speaker, is also an ambassador for the No Barriers USA. It's an organization that guides people to live a life of purpose overcoming obstacles and contribute their best to the world.

Mandy's passion for music led her to freshman years in a vocal major at the Colorado State University and was one of only 15 students chosen by the university for the major. She has already released three albums and even won the 'VSA’s Top Young Soloist Award' in 2011.

She also appeared on America’s Got Talent where she performed her original song Try and won Golden Buzzer for the performance.

Finalist In America’s Got Talent (AGT)

Mandy secured a place as a finalist in the AGT 12th season in 2017. She had a hard time as she couldn’t hear, she didn’t wear shoes to feel the drums and bass through the floor. Despite being a deaf singer, she was able to secure the fourth place at the finale of the season.

During her time at the show, she clearly stated that she wanted to be judged for her voice and performance, not over her backstory.

She never acknowledged her being deaf as a disability and instead believed she did things differently than any average person. Her love and passion for music never wavered, and her magnificent performances astonished the world.

As most of the celebrities who like to keep their personal life in the shadows, Mandy also loves to follow the same tradition. She barely spills any details that shed light on the romantic aspects of her life.

Her love life is unexplored at the moment, and there aren't any details on her dating life. The beautiful singer might be focussing on her career as a singer and author to grasp the new feats of success.

As of now, Mandy has never been reported to get married or having a husband.

Mandy debuted in the music industry from the album Smile in 2009. She released her second album After You’ve Gone in 2010 followed by her third album All of Me in 2014. She has made quite an impression in not just the music industry but the whole world where people try to limit themselves and stop chasing their dreams.

She has made a massive ripple in the industry that is going to change how people view the world for generations. Besides music, she has authored a book titled Sensing the Rhythm: Finding My Voice in a World Without Sound published on 26 September 2017.

Her self titled Youtube channel has more than 21.2K+ subscribers, with over 20 million video views. Besides, as of 2019, she is working on her new yet untitled album full of original songs, that is set to be released close during the summer.

Despite Mandy's huge impact and success in the music industry, her net worth remains a mystery till date.

Mandy was born on 2 January 1988 in Nashville, Tennessee to her parents Joe Harvey, and mother, Valerie Harvey. Her father Joe was a minister, and her mother Valerie was a teacher. She also has three siblings in the family. Mandy with her father Joe in November of 2018 (Photo: Instagram)

Her passion for music had lit the fire in the heart during her early years, and she was already singing choir by the age of four. She even worked several odd jobs, including scrubbings toilet at church to pay for music class. But, unfortunately, she lost her hearing at the age of 19 due as a result of the connective disorder.

After Mandy lost her hearing, she tried sectors to set out her career, but her love for music brought her back in the industry. After she lost her hearing, her father motivated her to start singing again. She watched her dad play the instruments and tried to hit the right notes.