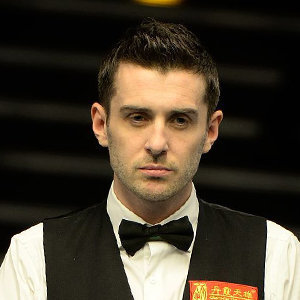 Mark Selby is an English snooker player famously nicknamed as Jester from Leicester. He is also famous for winning each of the sport’s Triple Crown events. He has been ranked as one of the best snooker players in the world by the World Professional Billiards and Snooker Associations.

What Is Mark Selby’s Net Worth?

Mark Selby has the net worth of $3 Million. His profitable snooker career rewards him hundred thousand dollars annually. He generated £510,909 during the 2015/16 season. He profited more than £330,000 winning the World Snooker Championship Final in 2016. He amassed  ‎£225,000 defending his China Open title in 2018 triumphing against Barry Hawkins.

He had his breakthrough at the young age of 18 at the 2002 China Open. He reached the semis of the competition. He won his first Masters Championship in 2008. He captured the 2012 UK Championship in York by beating Shaun Murphy. He sealed a sixth career title at the 2015 China Open.

Mark Selby faced a dilemma between his career and his personal life in 2011. He was participating in the World Championship 2011 and his wedding day was coming near. He anticipated that the wedding would be immensely memorable if he were to win the championship. His fiancee, Vikki Layton, on the other hand, agreed to postpone planning for the wedding so that he could participate in the championship. Unfortunately, he could only manage to progress up to the second round.

Emerging out from the loss at the championship, he won the treasured trophy of his life -  he and his fiancee Vikki got married in their memorable wedding ceremony on 24th May 2011.

When he won the Betfred World Championship in 2016, he dedicated it to him. His triumph had been tainted with sadness due to the death of his father-in-law, Terry Layton.

Mark had a hard upbringing being abandoned by his mother, Shirley, at the delicate age of eight. His father, David, raised the children all by himself until Mark turned 16.

At age 16, Mark witnessed his dad tragically passing away from cancer. He lived in a council house after the death of his father. Despite losing his father at a young age, he found another father figure in his father-in-law when he married Vikki in 2011. He was saddened when his father-in-law passed away at 64 in 2016. His daughter, Sofia Maria, who was born on 11th November 2014, has been the emotional support pillar for the famous player. Her innocence encourages him to do better in his career.

When he won the China Open in Beijing in early 2018, she showed her confidence in him - the first thing she did when he arrived was ask for the trophy. Mark understood at that moment that losing meant taking chances at breaking his daughter’s heart. Her daughter encouraged and added more pressure for him to win.

It's the story of Mark aspiring to be as good of father figure like the two important men in his life: his father and father-in-law.