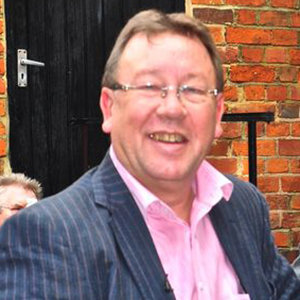 The stage to get any ancient items by the antique collector can be quite a daunting task. However, Neath native Mark Stacey followed his passion into a profession for collecting antiques and art through the hardest road to identify any old objects.

British television personality Mark Stacey is known for appearing as an antique expert in BBC shows like Bargain Hunt, Flog It!, Antiques Road Trip and Put Your Money Where Your Mouth Is. He is also an auctioneer, who has exceptional expertise in historical valuable aesthetic objects. Mark was a residential social worker before entering the old trade.

Enjoying Gay Relationship With His Partner?

Mark and Spanish gay Santiago are dating each other for years. They are reportedly in live-relaionship for 11 years and reside in Brighton. The pair enjoys hanging out with friends and visiting the near Theatre Royal.

The TV Host posted a Tweet of celebrating his 2016 Christmas with his partner. He has tweeted another picture along with his love interest in December 2015, in which Mark was seen holding his fractured ankle. Mark Stacey with his partner, Santiago on 7 December 2015 (Photo: Twitter)

In the picture, Mark said that Santiago is his new driver to move his wheel-chair. Mark has shared another photo with his partner on his Twitter handle on 25 October 2012, with a caption, Me and my Santiago.

He also posted another tweet on 11 January 2015 expressing his condolence for the glass dealer, late Christopher Sheppard. He further described Christopher as a significant being who always used to be with him and his partner, Santiago.

Although Mark and Santiago are in a relationship for more than a decade, Mark is yet to get married.

Mark is a gay supporter and speaks on issues regarding gay marriages and gay pride. He agreed upon the tweet of 39th President of the United States, Jimmy Carter on 9 July 2018 when Jimmy said that he believes Jesus would also approve gay marriages.

He also wished on the occasion of gay pride in Brighton, England through a tweet on 1 August 2015. The Antique collector had also liked the tweets shared from a Twitter handle Lyn1Den on 24 August 2017 when the person talked about an openly gay US military stood firmly for the transgender soldiers' military service.

The 53-year-old auctioneer, during the 2017 episode of Antiques Road Trip, was on a second leg road trip with his fellow antique expert, Will Axon. The two colleagues commenced their road from Bilsington, till the time Mark was left staggered witnessing death person’s skulls.

Mark was worried and frightened that gave him a real hard time standing in front of the human skeletons.

The antique specialist was anxious about the skulls and raised concern over the peaceful death of the person.

Another horrific incident followed up when Mark was filming an episode of Antiques Road trip in 2017. The shooting of the reality series was halted when Mark was stuck inside the former silk factory, The Paradise Mill. The TV Host was later rescued by two persons named Sue and Derek from the elevator.

His death hoax surfaced in tabloids when a person with the same name died on 3 June 2015. But as of now, the auctioneer is healthy and has recovered from his broken ankle in December 2015.

Mark Stacey was born on 23 September 1964 in Neath, the United Kingdom as per wiki. His birth sign is Libra.

The antique expert keeps a low-profile to reveal anything about his family. However, the only thing that is apprehended about his family members is that he is not the only child in the family. He is accompanied by two sisters and a brother, whose actual names remain unknown.

The reality star has been collecting stamp and coins as a part of his other hobbies since his early days. He explored different markets and collected small silvers and works of art. In this way, his hobby of collecting antiques turned into a way of living. Mark was also a part of the 2002 Bargain Hunt prior seeing an ad in the old trade gazette.