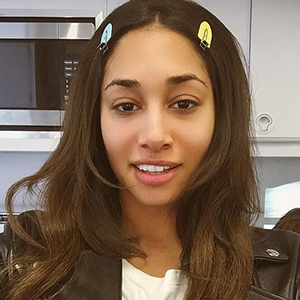 Meaghan Rath is the Canadian actress plus producer, who is loved and admired for her distinctive smile, features, and acting in Hollywood.

She debuted in the entertainment industry in 2001 as she got to be featured in Lost and Delirious for a short role as Allison’s friend. Soon after that, she starred on Television Series like Fries with That?, Heartland, and more.

However, success didn't come easily; she had a hard time during her 20s as she was trying to figure out her best genre of acting. Later, she came out as the best in both genre, i.e., comedy and drama.

After her entrance in the entertainment field, she became famous for her marvelous performance as Tani Ray in Hawaii Five-O (2010-present), as Sally Malik in Being Human (2011) and Kelly Bishops in Cooper Barrett’s Guide to Surviving Life(2017).

Meaghan exchanged the rings with her co-actor-turned-boyfriend, Jack Cutmore-Scott, on 4 January 2019. As expected, she couldn't resist her excitement level and made it official via her tweet on Twitter. Accordingly, Jack is about to be her husband soon or later.

Jack is an actor famous for the eponymic role of Cooper in the FOX sitcom Cooper Barrett’s Guide to Surviving Life and also as Rufus in the comedy Kingman: The Secret Service.

Most probably, Meaghan and her boyfriend-turned-fiancé Jack's feelings for each other blossomed when they became close from their sitcom Cooper Barrett’s Guide to Surviving Life. The duos were highly admired for their on-screen romance; they are still much loved by their fans all over the world.

But, the couple officially started sharing their romance details on social media since November 2015. Meaghan was the one who posted the first picture of her with Jack on her Instagram on 12th November 2015. Before making a connection with Jack, Meaghan was in a relationship with the writer and the director, Patrick Kiely, back in 2014. They were together only for a couple of months, but they called it quit on their mutual agreement.

Hang Onto This: What Is Tayler Holder Age? Who Is His Girlfriend?