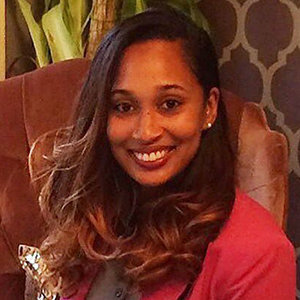 Melissa Heholt has been the sensation in the eyes of media as a wife of American rapper J. Cole. The college sweethearts of St. John's University relishes their laid-back relationship away from the paparazzi rather than focusing on the drama of their romantic life.

Melissa is an event planner of Statice Events and serves as the executive director of her husband's charity initiative, Dreamville Foundation based on the Fayetteville, North Carolina.

Melissa's Secret Wedding With J.Cole; Blessed With A Son

Event planner Melissa Heholt and her better-half J. Cole are one of the notoriously private celebrated couples. The couple managed to hide their secret wedding completely until Cole spilled the beans in a rare interview with American film director Ryan Coogler.

On his 18 January 2016 discussion with Ryan during a live stream of #MLKNow event for Martin Luther King Day in New York, the musical artist accidentally slipped his wedding with his long-time lover Melissa. The director of Fruitvale Station asked him the question how did getting married change his life. Cole looked surprised as his marriage with Melissa was not announced publicly and responded:

Oh, what is that? That was like one thing to not do. But it’s all good. They know now.

Though their wedding date is still a mystery, the rumors frenzied across the tabloids that the couple got engaged way back in December 2013. Both of them are the graduate of St. John’s University and the surprise news came from a retweet of St. John's Alumni on 12 December 2013, where they congratulated Cole and his college sweetheart Melissa for their engagement.

While their engagement and wedding were mysterious, their fans were further left bewildered when the news broke that Melissa and her husband Cole welcomed their first child, a healthy daughter on 8 December 2016. While many assumed their child's gender as a girl, the rapper this time in May 2018 did not confuse his fans and revealed that he and Melissa are proud parents of their son.

Melissa Heholt's Net Worth And Earnings!

Celebrity spouse Melissa summons the net worth from her career as an event planner. As per sonaku.com, an event planner in the United States earns an average salary of $38,897 per year, and their annual payroll ranges from $17,814 to $64,336. She is a founder of event planning company named Statice Events. Her company specializes in weddings and private events.

She is also relishing the whopping net worth of $30 million garnered by her husband J. Cole. He is one of the leading American hip hop recording artists, and Socialblade records his self-titled YouTube channel's estimated income as $285 - $4.6K monthly and $3.4K - $54.8K yearly. By the age of 12, Cole started rapping and later released the mixtapes like The Come Up, The Warm Up, and Friday Night Lights.

Melissa Heholt, who celebrates her birthday on 10 October, was born in New York. The event planner is a renaissance woman who grew up in an American family as the oldest of four children. Melissa spent most of her time in New Jersey, and her nationality is American.

Melissa stands shorter than her husband J. Cole who has a height of 1.88 m. As per wiki, she attended the St. John’s University in Queens, New York.