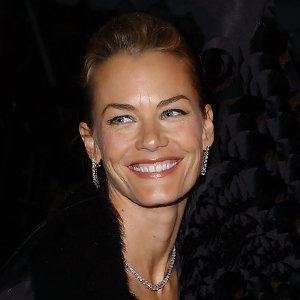 No matter how strong a person holds on to a relationship if their counterpart decides to let it go- the split is inevitable. English model Melissa McKnight witnessed a similar fate, who went through a divorce with her ex-husband, Matt Le Blanc, in spite of her effort to reconcile their difference.

Melissa McKnight rose to the fame after her relationship with the Friends’ actor, Matt. She is also recognized for her acting credits in Triangles and Tribulations, and VH1: All Access.

The former model Melissa McKnight was in a relationship with Friends’ actor Matt LeBlanc. She and Matt met each other in 1997 through their friend Kelly Phillips and her husband Lou Diamond Phillips. The couple dated for a year before Matt purposed her in 1998.

After six years of togetherness, Melissa shared the wedding vows with her longtime boyfriend, Matt in May 2003 in Hawaii. A year after their marriage on 8 February 2004, the pair were blessed with a daughter, Marina Pearl LeBlanc. Marina was diagnosed with a debilitating condition, cortical dysplasia when she was only eleven months old. The couple, who went through a tough phase, took a shy of relief when their daughter recovered from the rare brain disorder. Melissa and her husband were cherishing their moment alongside their daughter. However, their relationship couldn’t last long as they parted their way filing for a divorce. The couple was reportedly separated in January 2006. NBC spokesman confirmed the split in March 2006.

Melissa reportedly tried to salvage her relationship and pursued couple's counseling but Matt, on the other hand, had an affair with Andrea Anders since January. His affair with Andrea proved to be the reason behind their divorce. It was also reported that Matt realized that he was never meant to be married after his motorcycle trip to Canada.

Subsequently, Melissa and Matt’s divorce was finalized on 6 October 2006. The separation was amicable as they confirmed they would remain loyal parents and friends. The pair didn't hire a lawyer to negotiate their divorce terms, which suggest that they ended their relationship in the amicable atmosphere.

After their split, her former husband, Matt moved on with his new girlfriend, Andrea Anders. Prior to Matt, Melissa was in already a mother of two children Tyler and Jacqueline Esposito from her previous husband.

How Does Melissa McKnight Muster The Net Worth?

Melissa McKnight summoned the net worth from her career as a former lingerie model. At the age 36, she made her debut in the movie Triangles and Tribulations in 2001. The England-born lady also appeared in the VH1: All Access and had walked on the red carpets in The 31st Annual People's Choice Awards.

Her ex-husband Matt LeBlanc has the net worth of $80 Million, which he musters as being the producer and actor. Melissa and Matt shared multiple properties before their divorce. They reportedly owned a ranch in Encino.

Melissa McKnight was born on 10 March 1965 in England. Her real name is Melissa Sue McKnight, as per the wiki. Melissa, age 53, is few inches shorter than her ex-husband Matt LeBlanc, who stands at the height of 5’ 9 ½” (1.76 meters).

Some Unknown Facts About Melissa

Here are facts that you can't miss about Melissa;