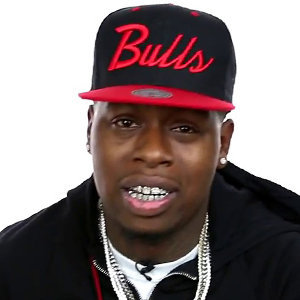 Mista Cain is a famous American born rapper who has been through many ups and downs in his life. His career has faced many significant obstacles that hold him back to be one of the greatest of his time.

Mista was falsely arrested for a murder case back in 2012 which broke him down. However, he is a born fighter who never gave up his dreams instead fought for it despite all difficulties and now has achieved all height of success in a very short span of time.

What Is Mista's Net Worth?

Mista Cain summons his net worth by working as a rapper and a music artist. Though his net value is not yet disclosed, from the general payment done to all the music artist in the United States, which is $32,193, he makes a good sum of money from what he likes doing. Mista Cain posing for his fans on 7 September 2018 (Photo: Instagram)

Mista is a dropout student and also had no interest in studying. He wanted to be a rapper from a very young age and to fulfill his dreams Mista started to hustle to get his rap career off the ground. On the verge of being one of the greatest rappers, Mista's dreams got shattered when he got arrested for a murder case. Mista including other two boys got accused of shooting one man dead and injuring two people. However, in November 2015, Mista was released because no evidence was discovered against him and it proved to be a turning point in his life.

Being free from all false charges and acquisitions made on him, Mista picked up from where he had left. He then dropped big solo hit songs named as I Try, Pressure, Tool On Em, Like My Bitch, and When I'm Dead in 2016. A year later in 2017, he dropped other few songs like Regular, Squeeze, Extendo, Certainly, WTF, and many others. As of now, Mista has over 30 songs released till date and some of his newly released songs are Get Back, All The Smoke, Ghost, Pain, and Never Change.

Mista is also a father of four kids, two son and two daughters with multiple women. And his family life revolves only around his kids. Despite having a shaky relationship with the mothers, Mista has good bonding with his kids. He loves them very much and also admits that their existence has changed his attitude and behavior a lot form that in the past.

Especially after the birth of Mista's first daughter, he claims that his daughter became the reason for him to work even harder. Mista openly admits the fact that he loves his kids but hates the mother.

Here are some unknown facts that you should not miss about Mista Cain: