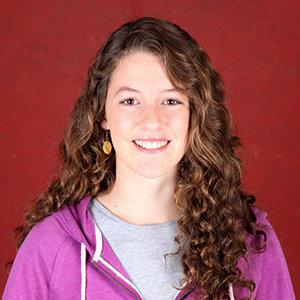 The fans of the American television series, 'Little People, Big World' must not be unknown of the great bond between the Roloff family members. Among all, Molly Roloff is one of the stars who is much popular as an apple of the eyes of Roloff's family. Despite that, she doesn't seem to have gained much limelight like other members of the family. However, we will be helping you to know more about her, her career, earnings and love life.

Molly, an American television personality, is much known as the former reality star of ' Little People, Big World.' The show follows her family and focuses on her parents, Amy and Matt, and her brother, Zach, who all got diagnosed with dwarfism.

Molly has already tied the knot to her fiancé Joel Silvius. The wedding took place on August 5, 2017, in a very beautiful wedding ceremony which was held on family's farm in Oregon. The duo exchanged the vows under the 100 years old oak tree where Molly used to play in her childhood. Molly with Joel on her wedding day, posted on August 6, 2017 (Photo: Instagram)

Molly’s mom Amy, she couldn't help but share her joy with fans on social media. She gushed,

"She got married!" the mama gushed on social media. "A beautiful wedding, most gorgeous bride and tears laughing smiles and a lot of love. Couldn't be happier for Joel and Molly (my baby girl)."

As already said Molly is a privacy lover; she has not revealed much about her professional and personal life. It is not detailed when their dating got started; however, as per her parent's social media accounts, it seems that Joel was familiar with Molly's family from 2015. As of now, the couple is enjoying the happiness of marriage.

Molly's parents are Matthew Roloff and Amy Roloff. Both are famous in their acting world. She has two elder brothers, Jeremy Roloff and Zachary Roloff and a younger brother Jacob Roloff. Molly is the only daughter of her parents.

Molly, the television personality, was born on September 17, 1993, in Oregon, US. Molly, whose nickname is Moll, is currently at the age of 24. Though her parents are of a short height, Molly is blessed to have an average height of around 5 feet 8 inches. She pursued her college education from Whitworth University doing double major from accounting and Spanish.