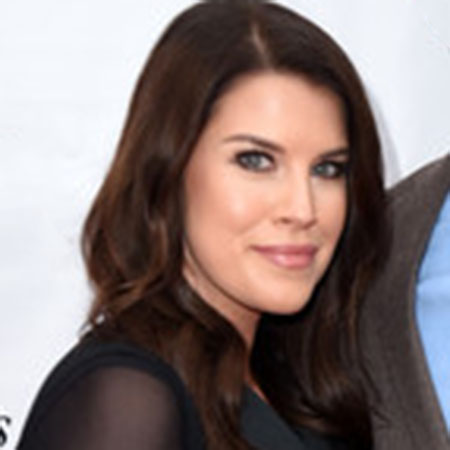 Nichole Gustafson is a freelance makeup artist and specializes in beauty, bridal makeup, and media makeup. The Los Angeles based makeup artist is very much passionate when it comes to makeup and has worked with several celebrities.

Besides, Nichole also worked as a cosmetic trainer at brands like Urban Decay and Smashbox. At the moment, the lady is receiving tons of congratulatory messages and wishes of her marriage with Italian-Canadian actor Giacomo Gianniotti.

Nichole and Giacomo's wedding is official!

Professional makeup artist Nichole Gustafson has tied a knot with her longtime fiancé Giacomo Gianniotti on 28 April 2019. People confirmed, their wedding took place in the sprawling capital city of Italy, Rome at the historic Villa Pocci. The reception began at 4 P.M., and the guests enjoyed the party till night at 1 A.M. Nichole and Giacomo at their nuptials (Photo: Instagram's Story)

In the now-deleted Instagram story captured by one of the wedding attendee Peter Harvey, he showcased the extravagant wedlock video, where Nichole and her husband Giacomo, age 29, cut the large multi-tiered white cake. The bright wedding sparklers made the environment of Villa Pocci thrilling and romantic. Afterward, the newly wedded couple exchanged their vows and sealed a romantic kiss.

Also, Nichole has shared glimpses of their wedding on her Instagram, where she stated that it was the best day of her life. Early on 25 November 2017, the lovebirds engaged during Thanksgiving Day,  where Grey’s Anatomy actor Giacomo flaunted the picture kissing her on a balcony in Los Angeles, California. Nicole also showcased her massive engagement ring, and in the heartwarming caption, the makeup artist said that she couldn't wait to get married to her Italian hunk.

They have been dating since early-2016, and Nichole even shared a picture of them reminiscing on the second anniversary of their first date in January 2018. She wished anniversary to Giacomo and wrote that she is eager to be his wife and hinted that they would get married in a year.

Professional makeup artist and hair designer Nichole has over a decade of experience in the makeup department. According to her official website, she began her professional career in Los Vegas from her job as an assistant at the MGM Grand. While working there, she learned about makeup artistry and styling.

In the film industry, She is also an accomplished makeup artist and has worked as the hair department head in 2016 short movie The Interrogation. Nichole also worked as a makeup artist in 2017 TV series Almost Naked and 2018 movie Azzurro.

You May See: Geraldine Chaplin Siblings, Husband, Diet, Net Worth

Los Angeles based professional makeup artist Nichole Gustafson, who has low-keyed her age, was born in the United States. She has traveled over Northern and Southern California and has trained in cosmetics. Nichole stands a few inches shorter than her actor husband Giacomo Gianniotti who has a height of 1.8 m (5 feet 11 inches).

As per wiki, the accomplished hair artist has worked with several celebrities, and her work has been featured in magazines as well. Her nationality is American, and her ethnicity is mixed.