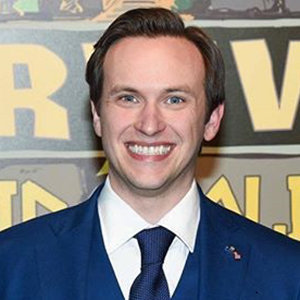 Nick Wilson is a reality star who came into fame after acquiring the title of "Winner" for the reality show, Survivor season 37 in 2018.

As there is the quote, "do not judge a book by its cover," it matched the journey of Nick Wilson in Survivor. At first, he seemed very lousy but went on to become a savvy player, precisely when it came to voting alliances. He became the 9th winner in Survivor history to win the game while receiving no votes cast against them the entire game.

Also, he will be seen in the 40th season of Survivor: Winners at War, which is going to premiere in 2020; he will be competing with the former winners.

As of now, Nick has not tied the wedding knot; however, the big day doesn't seem to be so far.

Yes! Nick is already engaged to Grisel Vilchez. Nick surprised his girlfriend-turned-fiancée with an engagement ring in February 2019. The proposal was made in Burleigh Heads, Gold Coast, QLD Australia. Later, on 28 February 2019, Nick announced his engagement via Instagram, sharing glimpses of their occasions.

Talking about their link-up story, Nick first fell for Grisel when he saw her at his Sociology class while they were in college back in 2010. However, they were secretive about their relationship at the time. Nick and his ladylove finally started showcasing their romantic love life via Instagram since July 2014.

Take A Look At This: Model Chantel Zales Exclusive Bio

Nick was born as Nicolas Joseph Caleb Wilson in 1990 in the United States. He celebrates his birthday on 11th June. He grew up in Williamsburg, Kentucky.

Later, Nick's grandmother Mamaw Joan raised him after his parents walked different paths filing for a divorce when he was just a kid. But his other four siblings lived with his father.

Unfortunately, his mother died due to an overdose of drugs while he was at the University of Alabama School of Law. After her demise, he committed to working as a public defender in his hometown to support his community, with his main focus being on alleviating the opioid epidemic.

Nick has boosted his net worth since winning the reality show, Survivor. He reportedly won many prizes, including $1 million. Besides, he also makes a decent earning as a public defender.

Explore This: Who Is ItsFunneh? Wiki: Age, Real Face

Interesting Facts About Him: Education