Having multiple skills and talent in the genre of art and cinema in one artist is rare. And while talking about those celebrities, Omar Gooding’s name comes in the top of the list. Gooding is an actor, singer, rapper, voice artist and a comedian by profession.

It wouldn’t be wrong to say the younger brother to an Oscar winner, Cuba Gooding Jr. and the son of American singer, Cuba Gooding Sr., Omar was born to become a name to remember in the industry.

At the small age of ten, Gooding was discovered by the Coralie Jr. theatrical Agency when he was sent to his brother's agent's office to pick up a script. Gooding was booked for an audition with no any proper theatrical training but he succeeded in the test and the rest for him is history.

Moreover, he has also continued the legacy of his father’s musical career. Gooding is known as Big O, which is his stage name as a rapper. With a record label in Los Angeles, California, he has released many albums including ‘The Moment of Truth,' ‘The Mob father,' ‘In Thugz We Trust’ and many more.

As of now, Gooding is the lead on Bounce TV's, Family Time (2012) which is now in its fifth season.

How much is Omar’s Net Worth?

The multi-talented artist has a total net worth of $2 Million. He summoned the amount from his impressive acting credits and also from his career as rapper and musical artist

Gooding was previously in a relationship with Angell Conwell.

Gooding and ex-girlfriend began dating each other in 2001, but the affair couldn’t get further as both decided to split off in 2006.

Regardless of their breakup, the former duo shares a cordial bond. Both Gooding and Conwell is also the cast member of a comedy genre television series “Family Time.”

Though the former flames could not maintain their “real” life relationship, the two has made the audience laugh through their comic timing in “reel life.”

Is Omar Gooding a Married Man?

The forty-one-year-old actor hasn’t spoken anything about his marriage life. But the star is in a beautiful relationship with a gorgeous lady named Mia.

The two hasn’t revealed anything about their engagement and marriage plans, but the couple often shares photos of each other on social media. 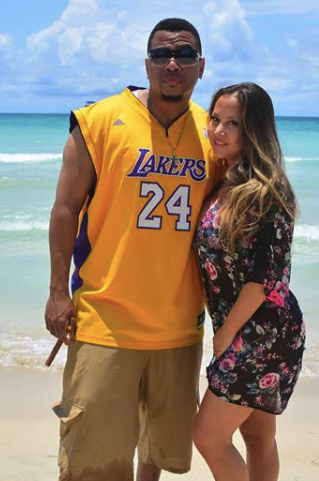 Caption: Omar Gooding and girlfriend, Mia enjoying a vacation at Jamaica in May 2016.
Source: Instagram

Father of a Child!

Omar increased the curiosity of several fans when he revealed the news of his to-be wife’s pregnancy through Instagram in October 2016.

As of now, the couple has already welcomed their son, Bradley Gooding and often shows his glimpses on social media. 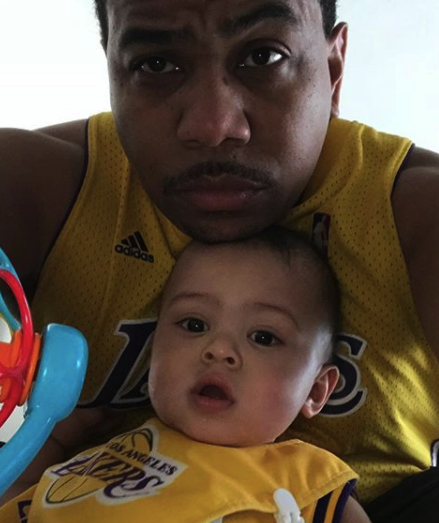 Born on October 19, 1976, Omar Gooding was raised by his parents, Cuba Gooding Jr. and Shirley Goodling in Los Angeles, California, United States. He has two brothers Cuba Gooding Jr. and Tommy Gooding and a sister, April Gooding as his siblings. Gooding attended North Hollywood High School in North Hollywood for his studies. He is an American by Nationality. He belongs to African-American by and has an impressive height of 6 feet.