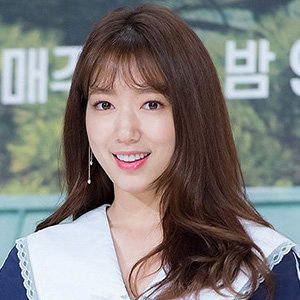 Acting skill is sharpened with age which is proved by the South Korean singer and screen actress, Park Shin-hye. Starting the career in acting just at the age of thirteen, Park Shin-hye is popular for her starring characters on the TV series like You're Beautiful, Heartstrings and The Heirs.

She also is recognized for starring in melodrama, Stairway to Heaven. The 28-year-old actress was also ranked in the 12th position of Forbes Korea Power Celebrity in 2017.

Park Shin-hye is dating We Got Married's actor Choi Tae-Joon. She and her boyfriend, Choi has been dating each other since 2017.

Park and Choi’s agency confirmed their relationship on 7 March 2018. As per their agencies, the couple was dating each other since late 2017. She and her boyfriend met each other at their college, Chung Ang University, where they both studied theater art together. The lovebirds were suspected to be in a relationship in 2017, but they denied the fact. Park's agency also denied the rumor of an affair between them.

“Marriage was a dream of mine but I started to think it is a really difficult thing. The number of people around me who are married continues to grow, and while I am envious, I also wonder if I could live the rest of my life with one person [like that].”

Back in 2013, Park opened about her ideal age to get married. While making an appearance in SBS' One Night of TV Entertainment, she said that she would get married if she finds a good man before she turns 30.

Prior to Choi, Park was linked to two more male actors. Back in January 2014, Chinese media claimed that she and actor Lee Min Ho were dating for the past two months.

But, Lee Min Ho’s agency stated the news was 300% false. In addition to the statement, Park's agency also stated the rumors as "groundless rumors."

Further, Park was linked to her Pinocchio's cast-member Lee Jong Suk after amazing on-screen chemistry between them. They were reportedly spotted outside each other’s home. However, the agencies of both the stars closed the rumors claiming their relationship nothing more significant than good friends.

What Is Park Shin-hye's Net Worth?

Park Shin-hye has been assembling her net worth from her career as an actress and singer. As per the dramafever.com, Park makes an estimated revenue of 25 million won ($21,000) per episode, as of August 2015.

Park stepped into acting in 2003, portraying the younger version of Choi Ji-woo's character in the famous Korean drama Stairway to Heaven. Her notable TV credits include Miracle in Cell No. 7, Pinocchio, Doctors and The Heirs.

As of 2018, Park is set to appear in the tvN's fantasy drama, Memories of the Alhambra. The Tv series is set to be released on 19 November 2018.

In the South Korean medical drama, Doctors, Park portrayed the role of Yoo Hye-Jung. Before she appeared in the drama Doctors, she was in a weight loss journey. Though she was never that fat, she went through weight loss for the drama.

She did work out to accomplish her ideal weight. Park lost her baby fat in her face, and her legs got a lot slimmer.

Daughter of, Park Hyun-jong and Jo Mi-sook, Park Shin-Hye was born on 18 February 1990 in Gwangju, South Korea. Park has an older brother named Park Shin-won, who is a K-pop guitarist and composer.

She completed her elementary schooling from Hak-Kang Elementary School in Gwangju. Later, she went to Chung-Ang University in 2009 and completed her degree in Film and Theatre in February 2016. Park, who stands at the height of 1.68 m (5 ft 6¼ in), holds Korean nationality and belongs to Asian ethnicity.

Park previously thought of getting plastic surgery for her nose. But she later decided to take her appearance as it is.