Russell Simmons Net Worth: How Rich Is American Entrepreneur? 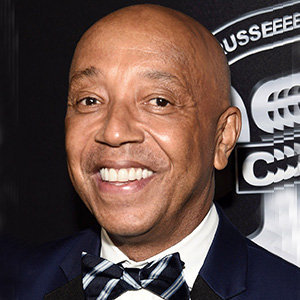 Russell Simmons is the hip-hop mogul, who co-founded the music label Def Jam Recordings in 1984. He is also an entrepreneur as he established Rush Communications Inc.

Apart from his career as a business magnate, Russell is also a writer and producer. He is recognized for the works in movies like The Nutty Professor (1996), Dude, Where's My Car? (2000), and It's Kind of a Funny Story (2010).

Furthermore, Russell has also represented himself as an author by publishing multiple books called Life and Def: Sex, Drugs, Money, and God (2001), Do You!: 12 Laws to Access the Power in You to Achieve Happiness and Success (2007), and more.

Russell first met Kimora Lee Simmons during New York City’s Fashion Week in November 1992. At that time, Russell was 35 years old; whereas, Kimora was just 17 years old and was about to finish her high school.

The couple eventually got married on 20th December 1998. The wedding ceremony took place at the Caribbean island of Saint Barthelemy.

However, the relationship didn't last forever as the husband-wife duo split in 2006. The divorce was finalized nearly three years later in 2009. Russell has accumulated a total net worth of $340 million as per Celebrity Net Worth.

Another Author: Anne Rice Wiki, Net Worth | Everything About American Author

He was the second son to his father, Daniel Simmons, and mother, Evelyn. His father was a teacher; whereas, his mother was an administrator.

Russell attended the City College of New York in Harlem.

Back in 2017, Russell was accused of sexual misconduct by four women, including screenwriter Jenny Lumet.

The same year, he was also accused of rape by four more women, including filmmaker Jennifer Jarosik. She even sued him for an amount of $5 million.

In his defense, Russell denied all the allegations and expressed his shock in the matter.

"I vehemently deny these allegations. These horrific accusations have shocked me to my core and all of my relations have been consensual."

However, as a result of the accusations, Russell stepped down in 2017 from the companies- which he had co-founded.

Interesting facts About Him: