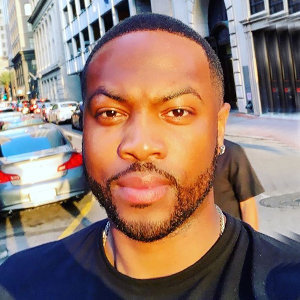 American television and film actor Ser' Darius is known for playing Carter on the series Jane by Design. He also featured in the adventure-comedy movie Jumanji: Welcome to the Jungle in 2017, drama-war The Last Full Measure (2019) and drama-fantasy series Charmed (2018).

Ser'Darius who has led a pretty flourishing career in the entertainment industry has also worked on video games like Grand Theft Auto V and NBA 2K19.

Ser'Darius is not married till date but he was in a relationship with actress, writer, and producer Isadora Ortega.

His ex-girlfriend Isadora belongs to Haitian and Cuban ethnicity and is currently a resident of Los Angeles, California. Their dating period, when they met or how the romance sparked between them are totally unexplored at the moment.

You May Like: Derek Webster Wiki, Age, Married, Family, Height As of now, the pair have currently separated from each other. They haven’t given any official statement regarding their split. He is currently living with his son. He even has stated that his son motivates him to push boundaries and his limitations to get the best out of life.

The American actors has, without a doubt, attracted immense fame and wealth in his life from his involvement in the entertainment sector. However, as of 2019, his net worth is still under evaluation.

Ser'Darius was born and raised in Florida until his parents split. His family then moved to Oklahoma for nearly two and a half years as his mother was pursuing her Master’s degree. She got her Master’s degree in Education and became an English & Drama teacher.

His father’s side family were Haitian immigrants. He belongs to African-American ethnicity. After his grandfather’s death, his grandmother moved to the U.S for a better quality of life in the early 80s. His mother Amanda Edwards encouraged him for auditioning and pursuing his career in acting after he wrote and memorized an entire play at the age of twelve.

Ser'Darius who celebrates his birthday on 10 March was born in the year 1987 in the USA with the birth name as Ser'Darius William Blain. He grew up in Miami, Florida, in a multicultural and diverse community.

The American actor did biology major in his college and wanted to be a cardiologist. Ser'Darius also had a passion for cooking and worked in the restaurant for ten years. He even stated that he would probably be a chef if he wasn't an actor. Ser'Darius graduated from the New York Conservatory for Dramatic Arts in 2009.