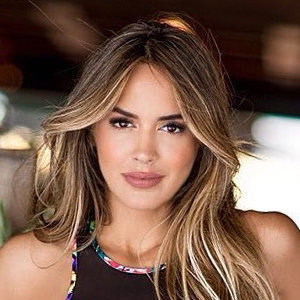 Shannon De Lima is a very gorgeous and attractive model and also a former Miss Earth Venezuela first runner-up. She is also popularly known to be the ex-wife to multi-talented American singer and producer Marc Anthony.

She started her modeling career at a very young age back in her home country, and at present, she is one of the most highly sought after models in America with a vast teen fanbase, who are keen to know many hidden facts about her.

Divorced With Ex-Husband! Who Is She Dating Now?

The 30-year-old Venezuelan model, Shannon De Lima was married to Marc Anthony. The couple started dating each other from 2012, and after two years of dating, they finally decided to get engaged in March 2014. The couple walked down the aisle on 11 November 2014. Shannon married Marc in a ceremony with 100 guests at her beau's home in La Romana, Dominican Republic, at the exclusive Dominican Republic resort Casa de Campo. However, their marriage didn't last long though as they got separated after two years of marriage. The couple confirmed their split in November 2016. They finalized their divorce in February 2017.

Before Marc, she had a relationship with actor Manuel Sosa. With Manuel, she gave birth to her only son Daniel. After her split with Marc, Shannon was frequently spotted with her boyfriend, but the duo never reignited their romance.

Lima is currently in a relationship with her boyfriend, Saul Alvarez, a professional Mexican boxer in the Light Middleweight division. Shannon confirmed romantic tie with Saul after they shared a kiss in a promotional event on 21 June 2017 (Photo: us.hola.com)

The model shared the sweet moment with the fighter during a promotional event. They kept their romance alive by flaunting many pictures of each other together on Instagram and other social media.

What Is Lima's Net Worth?

Shannon De Lima has summoned the net worth of $1 Million from her career as a model. Apart from that her current boyfriend, Saul Alvarez, who is a professional Mexican boxer in the Light Middleweight division, has a net worth of $50 Million.

From an early age, Shannon had an affection for modeling and this pursued way into her adult life. Shannon began her career as a model by participating in local beauty pageants throughout Venezuela. She had also featured as the leading lady in Marc’s music video for Flor Palida in October 2014.

Apart from this, Shannon studied communications, interior design, and film acting which helped her to grow more and develop herself in her career of modeling. Additionally, she also has a forte for fashion and design. She does various beauty blogging and has also launched her swimwear brand called Agua Bendita in September 2015.

You Might Also Like: Tiffany Stewart Wiki: Age, Married, Kids, Job, Net Worth- All About Mark Cuban's Wife

Shannon De Lima was born on 6 January 1988 in Venezuela. As per wiki, Shannon, age 30, stands tall at the height of 1.75 m (5 feet and 9 inches). She belongs to South American (Venezualuan) ethnicity.