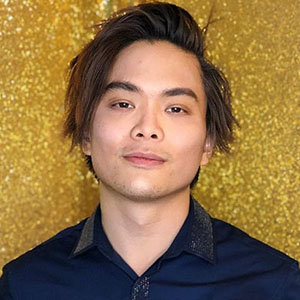 Shin Lim is the winner of the 13th season of America’s Got Talent and walked away securing a million dollar prize. With his fiancée cheering him from the sidelines, he vowed the judges with his self-claimed "sleight of hand."

Shin is also popular for smashing the FISM World Champion of Card Magic title. He is also recognized as the three-time winner of IBM People's Choice Award in a category of Best Close-Up Magician (2013 to 2015).

How Does Shin Lim Gather The Net Worth?

Shin Lim, age 26, gathers the net worth from his professional magician career. He accumulated the prominent part of the wealth winning America's Got Talent season 13 finals. As per the Mail Online, the winner of America’s Got Talent, which runs for four months, receives winning amount of $1 million. Not to forget, the unrivaled fame that comes with AGT, he would undoubtedly be in line to further enhance his fortunes in days to come.

In the AGT show, Shin’s award-winning performance includes “Dream Act” and “52 Shades of Red.” The Singapore-based star also won the FISM World Champion of Card Magic title. He became the only magician in the history when he fooled legends, Penn and Teller, twice.

Like him, Ventriloquist Paul Zerdin won the coveted title of America's Got Talent in 2015.

Shin Lim is engaged to his fiancée, Casey Thomas. Shin met the love of his life Casey in 2016 and started dating right away. After dating for a year, he got down on one knee on 20 August 2017 and purposed Casey with a beautiful engagement ring designed by Tiffany & Co.

The couple looks to be in helplessly in love and often enjoy vacations and dates. In the wake of his first engagement anniversary, Shin and his wife-to-be, Casey enjoyed quality time in Disneyland in August 2018. With Shin winning title of the AGT, no one seems more festive than his fiancée Casey Thomas. Uploading a cozy shot to Instagram, on 20 September 2018, she congratulated Shin and said that she is lucky to have walked alongside the journey of her fiancé Casey.

Born in 1991 in Canada, Shin Lim blows the birthday candle every year on 25 September. At the age of he moved to Singaporean parents. Shin holds American and Canadian nationality and belongs to Han Chinese ethnicity.

He went to Acton-Boxborough Regional High School and completed his high schooling from there. Shin, then he joined Lee University to graduate in Music but never completed his study as per the wiki. He is a few inches tall in height than his fiancée Casey Thomas.

Facts To Know About America’s Got Talent’s Champion

Here are a few facts to know about America’s Got Talent’s Champion Shin Lim: