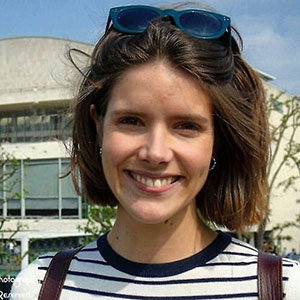 British actress Sonya Cassidy is best known for her portrayal of Clara in the BBC period drama The Paradise. She also is known for her appearance as Helen in the British-American spy thriller film, Survivor in 2015. Sonya also played a role of Countess Fosco in the BBC's The Woman in White in 2018.

How Does Sonya Cassidy Gather Net Worth?

Sonya Cassidy gathered a major portion of her net worth from her career in acting. She accumulated her wealth after starring in movies and TV series.

Sonya had a recurring role of Celine Ashworth in the TV series Vera. She portrayed the lead character, Oracle in the Canadian/British fantasy television series, Olympus. As of 2018, Sonya appears on BBC's The Woman in White portraying a role of Countess Fosco. She stepped into Hollywood industry at the age of 22 in 2009, through a short movie Undead Union: The Making Of as Donna Stevens.

Sonya Cassidy To Appear On Lodge 49

The Paradise actress, Sonya Cassidy is set to appear on an upcoming American drama television series Lodge 49. She will portray a role of Liz Dudley.

She along with cast members Wyatt Russell, David Pasquesi, Eric Allan Kramer, Brent Jennings, and Linda Emond will feature in the TV series. The series is scheduled to release in 2018. The series story centers on a young male ex-surfer, who joins a fraternal lodge after his father's death.

The RADA-trained actress, Sonya Cassidy portrayed a role of Celine Ashworth in the British crime drama series, Vera. In the series, Sonya played the role of a married woman and is the wife of Vera’s Sergeant Joe Ashworth.

Though Sonya has portrayed a character of married woman onscreen, she is yet to reveal about her real-life dating affairs. She has remained secretive about her possible boyfriend. As of now, Sonya is reportedly unmarried.

Sonya was born in 1987 and celebrates her birthday in March every year. On 5 March 2017, she thanked her friend Helena for birthday ditty through Twitter. She holds British nationality and belongs to white ethnicity. Sonya stands at the height of 1.75 meters (5' 10½").

Her family has been supportive towards her career. In one of her interviews, The Lodge 49 actress mentioned that her parents helped her to read and taught about acting. Her mother sent her to the local youth theatre in Bristol where she got the bug.