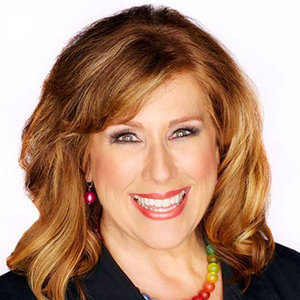 Sue Serio is anchoring the voyage of alternating weather providing the updates to the viewers of FOX 29 News whether it is the boisterous or the obnoxious climate. From forecasting the blizzards to the fresh breezes, the weather lady is anchoring the weather updates on FOX 29 for more than two decades.

Before joining FOX 29, she worked as a co-anchor on CBS affiliate WIVB-TV in Buffalo, New York. She co-anchored the programs like News at Noon and top-rated morning show WAKE-UP. Sue also worked at WHYY-TV 12 in Philadelphia as a weather anchor and feature reporter.

One Child With Husband!

Sue Serio, the weather anchor of FOX 29 News, is married to the President of Proper Property, Billy Vargus. She and her husband Billy shared the wedding vows on 31 December 1994. The couple celebrated their 24th anniversary slicing their three-stairs chocolate cakes at Baltimore, Maryland.

Her husband Billy is a Temple University alum who completed his bachelors in TV and film. After completing his education, he inaugurated his career as a writer of CBS3/KYW News in 1985. He then worked as a sports anchor in the stations like WHYY-TV, WWOR-TV, WIVB-TV, and WTXF/FOX 29.

You May Like: Ruthie Henshall Wiki, Bio, Husband, Divorce and Net Worth

The couple has a daughter named Nia who was born on 7 May 1997. They raised their children in Good Day Philadelphia and educated her at Phi Beta Kappa college. Sue Serio with her husband, Billy Vargus, and their daughter, Nia, in September 2018 (Photo: Instagram)

In January 2019, Sue shared the family throwback picture of November 2008 and December 2018 uttering that even though she and her husband, Billy, haven't changed, their daughter Nia has matured a lot and has reached the towering height than her mother. The weather anchor insisted that their family love will continue to prevail.

Know About Sue Serio's Salary And Net Worth!

Sue Serio garners the net worth from her professional broadcasting career. SimplyHired reports that FOX 29 employees receive an annual salary of $60,080 per year and their yearly payrolls range from $28,604 to $128,621.

Given her stint in the FOX 29 News team since 1997, the weather anchor is likely drawing the above-average payments. Her broadcasting career originated as a radio host at WMAR-FM in Baltimore.

Sue Serio, who was born in the United States, lights her birthday candle every year on the 16th of August. She is proud of her family and thanked her mother after being overwhelmed by the birthday love and well wishes on 16 August 2013. Though Sue has remained tight-lipped regarding her birth year, she is believed to be around the age of 57.