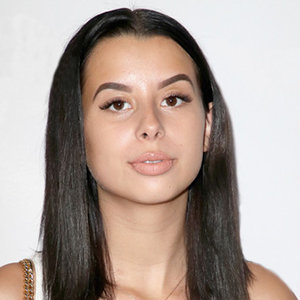 TheyLoveArii, whose real name is Ariana Renee, rose to fame with her amazing lip sync videos on musical.ly with the username "TheyLoveArii." The social media star has captivated the hearts of thousands of fans and followers. Similarly, she has also grabbed the attention by gushing about her dating life on her Twitter post.

Ariana is popular in social media platform: YouTube, Instagram, and musical.ly. She is also an owner of the nail polish line.

No Time For Making Boyfriend?

The 17-year-old star TheyLoveArii often talks about her dating life in social media posts. On 19 August 2016, she took to Twitter and poked fun at Mario Selman, an Instagram Star, saying the two were dating. Following the tweets, Mario was quick to react on it and replied to her with a laughing emoji saying it was official.

The tweets indeed gave a glimpse that they were joking with each other and didn't have a couple-goal relationship.

Similarly, on her one of the tweets on 10 May 2017, TheyLoveArii sarcastically wrote that she wanted a boyfriend, but when she thought of making a boyfriend, she concluded that she wouldn't be dating.

Further, Ariana also told in the YouTube QnA video uploaded on 4 July 2017 that she has no time for making a boyfriend.

Later, on 3 October 2017 on the occasion of the National Boyfriend Day, the YouTuber confirmed on her tweet that she doesn't have a boyfriend.

How Much Is TheyLoveArii's Net Worth?

TheyLoveArii reportedly has the net worth of $20,000. She gathered the prominent part of the net worth from her YouTube channel. As per the Social Blade, she has an estimated YouTube earning between $93 and $1.5K. Hence, the annual YouTube income of Arii ranges from $1.1K to $17.9K.

The musical.ly star also mustered the revenue from her fashion line and record label. Not only that, but she also increases her fortune from her nail polish line.

Ariana gained the popularity from the musical.ly as the name TheyLoveArii. She started making videos on musical.ly in May 2015, at the age of 15. Later, she opened a YouTube channel under named "Arii" on 21 July 2015, where she started uploading videos on Vlogs, and Challenges. As of now, TheyLoveArii has over 842,875 subscribers on her YouTube channel. She has collaborated with the numerous YouTube star including Loren Gray, Weston Koury and few more.

Born in 2000 in Miami, Florida, the USA, TheyLoveArii blows the birthday candle every year on 23 October. Her father is of Nicaraguan origin whereas her mother is of Cuban descent, as per the wiki. She started residing with her mom as her parents had split from each other. However, her parents are on good terms despite their separation.

Standing at the height of 5 feet 5 inches, TheyLoveArii holds American nationality and belongs to Cuban and Nicaraguan ethnicity.