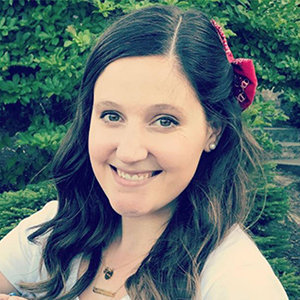 The world is big enough and difficult to deal with for every people living in it which can be even more challenging for those who are different. Tori Patton is a reality star who has proved that if that different person gets the hand of someone they care for, they can overcome any difficulties. She was the part of the series Little People, Big World, where she appeared alongside her boyfriend, Zach Roloff.

The young woman’s only credit of work is on the hit reality series Little People, Big World. She became the part of the shoe as the girlfriend of one of the sons of the Roloff family, Zach. She appeared regularly in different episodes as she involved in various chores and activities with the family members.

During the show, she also had an engagement with her boyfriend, stepping up in their relation. The show was a hit and popular among the people and critics, and their farm even became a popular tourist destination.

How Much is Tori’s Worth?

The reality television star has become a familiar face in the entire nation with her involvement in the show. Also a wife of an equally famous star, she has amassed a remarkable net worth from work in the series. Her family also owns a farm which also has become a popular tourist destination in the recent days.

Who Has Tori Married?

When asked about the kind of guys the women would like to date, the answer frequently contains the tall attribute of a man. She is different from all those other women in a sense that she fell in love with a man who stood just 4 feet and 3 inches. Although she was a foot taller than him, she found the chemistry in him that ideally suited her.

After dating him, she became the part of the show in which her now husband, Zach Roloff played one of the leads at the time, and instantly became the favorite of family and viewers as well. They appeared to be a perfect couple as they shared some common traits and this resulted in the engagement between them that took place on 30th April 2014.

A year after that, she married her fiancé on 25th July 2015. The wedding took place at Zach’s family farm in Portland, Oregon. The entire event was aired on TLC as an episode of their show on the channel.  All the members of the family were left overwhelmed on occasion. In the recent season of their show, she was pregnant and was expecting a baby boy, making it the key theme of the program. Their first child, a son Jackson Kyle was born healthy and weighed just over nine pounds on 12th May 2017.

Tori Patton currently aged 26 was born 1991 in Portland, Oregon and celebrated her birthday on 3rd May. She was born to the white parents, and her father also appeared on their show while walking her down the aisle. Born with American nationality, Tori belongs to white ethnicity. The new mother has now recovered and is in a perfect shape with the height of 5 feet and 5 inches who frequently posts her family photos on Instagram.