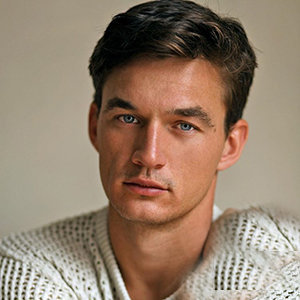 Tyler Cameron came to the limelight after competing in the 15th season of ABC's hit reality show, The Bachelorette.

Although he lost the season to Jed Wyatt, the show hyped Tyler's fame among the national audience.

Apart from his works in the reality TV business, the Florida native has also worked as a model for agencies like Next Models and Soul Artist Management.

Tyler Cameron stands at a height that extends 6 feet 3 inches (1.90 m) from the ground.

A native of Jupiter, Florida, the TV personality was born on 31 January 1993.

For his bachelor's education, Tyler attended Wake Forest University and even played football for the college's team. He later earned an MBA degree from Atlantic University.

As of now, Tyler Cameron is in a rumored relationship with Instagram influencer Stassie Karanikolaou.

The assumed couple was first spotted together at a nightclub located in Los Angeles in 2019. Later, the two were seen again attending a football match alongside Kylie Jenner, Kendall Jenner, and a few Bachelorette cast members. Tyler Cameron and Stassie Karanikolaou are in an alleged relationship as of 2020 (Photo: WikiNetWorth)

Further, Tyler and his girlfriend later spent the New Year eve together at a Fontainebleau Miami Beach party. While a source close to the couple claimed that the two are indeed dating, neither Taylor nor Stassie has come forward to confirm the romance.

Tyler Cameron's dating history is quite mixed up as the model got involved with two women in the same year and possibly at the same time.

He was first linked to reality star Hannah Brown- who once dumped Tyler- in 2019. However, the couple had ended the relationship by May 2019. Soon after, Tyler and reconcile their differences, but by the time, he had already developed a bonding with Gigi Hadid.

On 1 August 2019, Tyler and Hannah went on a date, and he even spent the night at her house. But, the attempts to save the sinking romance was probably not enough as Tyler moved to Gigi only a few days after their date. Tyler Cameron and Gigi Hadid as seen together in 2019 (Photo: Eonline.com)

During their time together, Tyler and Gigi Hadid went on multiple dates and were also spotted on numerous occasions. However, the relationship didn't last for long as the two broke early in October 2019.

Tyler was raised in a family of five that consisted of his father Jeff, mother Andrea, and brothers: Austin and Ryan. His parents had earlier divorced after a recession caused them to lose their house located in Loxahatchee River.

Tyler's father has always been a source of inspiration to him. Also, Jeff was the one to motivate Tyler to join The Bachelorette.

Likewise, Tyler's brother Austin in the army, while his youngest sibling Ryan is a college student.

As of now, the reality star's family has reduced to four members as his mother Andrea passed away on 2 February. Andrea- who worked as a realtor- allegedly died after being taken to a hospital.

Tyler shared a heartfelt message via his Instagram, expressing his love for his mother. He even urged fans to share their gratefulness towards loved ones before it was too late.