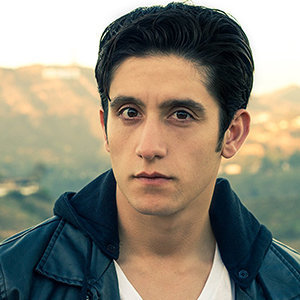 American actor Wesam Keesh is known for portraying Jay Simmons in ABC's drama series For The People. With the featured role in MTV Awkward, Wesam booked a pilot in FOX Zoobiquity where he appeared as Zahid Emami. After Wesam studied film and acted in theater productions, he moved to Los Angeles and appeared on various series and movies gathering his recognition all around the globe.

How Does Wesam Summons Net Worth?

Wesam Keesh has gathered his net worth from his career as an American actor. He received seasonal-payments from MTV Production Development as he appeared in the TV series Awkward from 2011 to 2016.

Likewise, he also earned his fortunes from ABC Studios as he appeared in the 2018 ABC series For The People as Jay Simmons. During his nine years period in the entertainment industry, he has worked in various TV shows and movies through which he has increased his net worth.

Wesam first appeared in 2011 short film Customer Service where he played the role of Kevin. In the same year, he emerged in the famous TV series The Mentalist where he portrayed the character as Omar Hassan. From 2011 to 2018, he continued to appear in various TV series and movies among which his notable works include 1000 Ways to Die; Santiago; I Didn't Do It; Steve the Intern; Zoobiquity; and LA 143. He is also in the post-production cast of TV series Dark/Web portraying the character of Caleb.

As a teenager, Wesam grew up in Tulsa, Oklahoma where he worked at his parents' restaurant called Hero’s Subs & Burgers. Wesam has two sibling brothers, William Keesh and Daniel Keesh. He is active on Instagram and shares his family photo alongside his father and siblings. On 4 December 2016, Wesam shared a picture alongside his father and brother on Instagram and captioned as 'Papa Keesh and the Keesh Brothers.' Wesam Keesh with his father and two brothers in an image shared on 4 December 2016 (Photo: Instagram)

Wesam reveals that he is able to establish himself in Hollywood due to his support from his family and friends. His younger brothers reside in Tulsa where they help their father in their restaurant. Wesam often visits his brother and his father at Tulsa. He currently lives in Los Angeles alongside his pet shrimp, Gustavo.

On-Screen Role As Kyle! Is He Dating?

In American comedy series Awkward, Wesam portrayed the role of Kyle Cohen. In the episode called Jenna Lives, he appeared as Jenna Hamilton's stalker. Kyle wears a Jenna Lives T-shirt, and Jenna confronts him in school where she thinks Kyle made the T-shirt regarding her accidental 'attempt' at suicide. American actress Ashley Rickards portrayed the role of Jenna Hamilton.

Regarding his on-screen role as Kyle, on 18 October 2013, the actor tweeted saying the next season starts at MTV in four days. He also asked his fans whether his on-screen character Kyle should get a girlfriend or not. Besides his on-screen role, he is not seen dating any ladies. As of June 2018, the actor is reportedly single and is focused on his family and career.

Wesam Keesh, who has his birthday on 3 October, grew up in Tulsa, Oklahoma. He began acting at the age of 12. Wesam has an American nationality and belongs to Caucasian ethnicity. The actor has decent height and weighs around 150 lbs. Wesam studied theatre at the University of Tulsa and Imperial College. He then moved to Los Angeles where he emerged as TV actor. As per wiki, Wesam loves nature, martial arts, and archery.