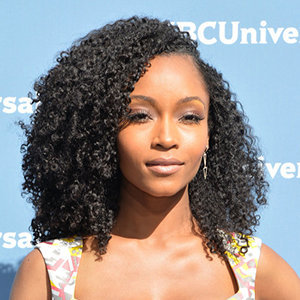 Yaya DaCosta is an actress and a model, who rose to fame after landing the second position on the third season of America’s Next Top Model. Employing the attention of media from the show, she, later on, pursued her career in acting.

Yaya is also recognized for her role as Whitney Houston in the Lifetime. Her performance in movies and TV shows such as All My Children as Cassandra Foster, Ugly Betty as Nico Slater, and Chicago Med as April Sexton, has made her a promising actor in the Hollywood.

Yaya DaCosta Married Life; Who Is Her Husband?

Former America’s Next Top Model star Yaya is very private when it comes to her personal life. She was in a married relationship with a filmmaker and writer, Joshua Bee Alafia.

The love-duo kept their relationship under the radar until news about their wedding broke on the internet. On 23 June 2012, she got married to Joshua in private nuptials in attendance of few people close to her in Pennsylvania.

A year later, Yaya gave birth to her first child, a son named Sankara Alafia on 23 September of 2013 at the age of 30. Yaya DaCosta posing along with her husband on the red carpet, showing off her baby bump (Picture: dailymail.co.uk)

Unfortunately, 2014 turned out to be hardest for Yaya after she decided to separate from her husband of two years and filed for a divorce. It is said that the divorce was finalized in 2015. But when asked about her broken marriage, she claimed that she never got divorced as she was never married to Joshua. Speaking with DaCosta in September 2016. She told;

Oh, just ignore them, they’ll go away.’ But no, I never got divorced because I was never married, first of all. But I did have a child with someone, which is more of a commitment than marriages these days anyway. I broke up with him right after the birth because like I said, it was an enlightening experience. But I definitely make it a point to ensure that my son has a relationship with his father because everyone should.”

Her confession twisted the whole situation and left her fans in a dilemma. However, Yaya and her ex-husband are still proud parents. Also, she makes sure that her son maintains a good relationship with Joshua.

She explained that her children should never be parted away with their father. On 23 September 2018, Yaya's son turned the age of five.

Yaya DaCosta, age 36, was born on November 15, 1982, in New York City, NY, the United States as Camara DaCosta Johnson. Her parents, Carl Awolowo Johnson and Orundun DaCosta raised her along with her siblings, a sister named Djassi DaCosta Johnson and two brothers, Mamadou Johnson, Djani Johnson, as per the wiki.

Talking about her ancestry, the lady has got a beautiful blend of African-American, Brazilian and Nigerian touch. Having dark brown curly hair, Yaya stands at the height of 5 feet and 8 inches tall.

Completing education from high school, enrolled at Brown University to focus on her AfricanStudies and International Relations.

Being an actor and a model, Yaya is counted among those lucky people, who got to live their dream in Hollywood. She made her Off-Broadway debut in The First Breeze of Summer in the year 2008. However, she got her first acting role at a young age while studying in junior high school.

Along with her acting career, Yaya also has worked as a model for companies including Garnier Fructis, Oil of Olay, RadioShack and Dr. Scholls. Entire the long journey to the entertainment industry, she has earned the estimated net worth of $1 million.