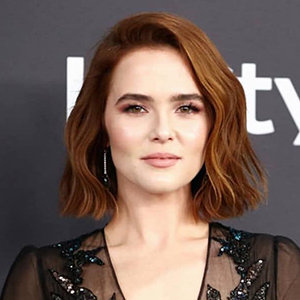 Zoey Deutch is a multi-talented artist on her way to capture the entertainment industry by its throat. She is notable for her works on the movies Ringer, Beautiful Creatures, Vampire Academy, Set It Up and Dirty Grandpa. Growing up in a household full of artists, Zoey took up the same as her parents and her sister.

The Los Angeles native is also a dancer and a model. She’s graced the cover of some top magazines over the years. And as a dancer, she’s trained in jazz, tap, modern, ballet and hip-hop.

Zoey Deutch is not single. She is in a relationship with actor Dylan Hayes.

The pair started dating in October 2017, and since then, they have been inseparable. Their love can be seen vividly on the internet. From attending red carpet events to romantic getaways, the couple are always together. It seems that evergrowing love is very much intense between Zoey and Dylan. Zoey and her boyfriend Dylan walk hand-in-hand in July of 2019 (Photo: dailymail.co.uk)

Before her time with Dylan, Zoey was in a five-year-long relationship with actor-model Avan Jogia. They started dating in 2011, and their relationship lasted up until 2016. After five years, they called it quits as their hectic schedule played its part in ending their relationship.

Zoey is an actress and a model who began her career at the age of 15 starring in the Disney Channel series ‘The Suite Life on Deck.’ After which she starred in the thriller series Ringer. Following the success of the show, she had a breakthrough when signing for the fantasy movie Beautiful Creatures.

Likewise, she starred in the film Vampire Academy and the adult-comedy Dirty Grandpa and later in 'Why Him?.' Along with being an actress, Zoey is also a model, who had modeled for Justine’ magazine's February 2013 issue, ‘Miabella’ magazine's April issue, ‘Afterglow’ and ‘Bello.’

Due to her career in modeling and acting industry, Zoey has accumulated the estimated net worth of $4 million, as of 2019.

Born as Zoey Francis Thompson Deutch on the 10th of November in 1994, Zoey is a native of Los Angeles, California. She was born into a family of stars. Her mom Lea Thompson is an actress, best known for her work in Back To The Future. Her dad is a director. She also has a sister, Madelyn Deutch, who is also an actress and a screen-writer.

The 24-years-old actress holds American nationality and her ethnicity ranges from that of Russian-Jewish and Polish-Jewish descent from her father’s side and English, Scots-Irish, Swiss-German, and Irish ancestry from her mother’s side.