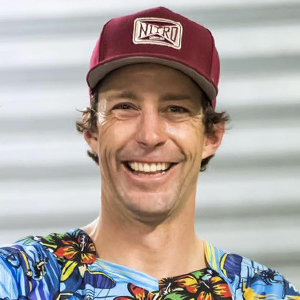 One of the most talented racers that America has ever generated, Travis Pastrana, is an American professional stuntman and competitive motorsports athlete who is a multiple X Games gold medalist and NASCAR racer.

He had interest in racing from his tender age and used to do stunts with his bike which he got when he was just four years old. His field of interest required immense mental, as well as physical strength, which didn't lack in him.

Daredevil Travis' Net Worth And His Struggle With Injuries

Travis Pastrana summons his net worth by working as a professional motorsports racer and stunt driver. His actual net worth is estimated to be a whopping sum of money of $30 Million.

Travis is a tough guy both mentally and physically. He started working on his passion from a very young age and as we know hard work always pays off, so it did for Travis Pastrana who won his first World Freestyle Championship at the age of fourteen in 1998. A year later Travis again won the gold medal in the X Games MotoX Freestyle event. Success kept on arriving for him at his door and in 2003 he began his rallying career and landed many gold medals. The list goes long of his achievements, but some valuable accomplishments include winning the Red Bull X Fighters in 2007, MotoX Freestyle and the Moto X Speed & Style competitions in 2010. He also competed at the National Association for Stock Car Auto Racing (NASCAR) for the first time in 2011.

Success doesn't just come knocking to your door easily, and similar was the case with Travis who also suffered from many injuries in his career. Injuries have often taken Pastrana off the circuit for weeks and months. There is hardly any part of his body left that is left to be damaged. He’s had surgery on his right knee six times, nine on his left knee, twice on his left wrist, two surgeries on his back and also dislocated his spine once and not to forget he dislocated his shoulder eighteen times.

Travis Lovely Wife And His Kids!

Travis Pastrana is married to pro skateboarder Lyn-Z Adams Hawkins since 2011. After dating for years, he proposed her in a typical filmy manner. It was on 4 June 2011, when Travis got down on one knee in front of thousands of fans on the stand during a live performance of Nitro Circus.

After the fairytale engagement, the duo got married with their family and friends to witness the bond in Southern California just four months after popping up the question. Travis Pastrana with his wife and two daughters on 15 July 2018 (Photo: Instagram)

The couple is in a blissful relationship with each other and blessed with two daughters named Addy Ruth (born on 2 September 2013) and Bristol Murphy (9 February 2015) which makes the family more complete and happier than ever before.

The couple is comfortable with each other and even posed nude for the ESPN in 2014. Travis believed that they are tougher than anybody else and build a strong platform to go nude.

Travis Pastrana was born on 8 October 1983 in Annapolis, Maryland. Travis, age 35, who is a professional Race driver and also stunts performer, holds American nationality. Achieving immense success with his daredevil personality and his dedication towards his work, Travis stands tall at the height of 6 feet 2 inches (1.88 meters).