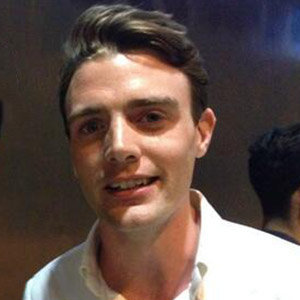 The Portent.IO's Co-founder & CEO Hamish Brocklebank is receiving well-wishings after he and his wife are set to become a first-time father. The news of their pregnancy spread like wildfire when his spouse, Jess Weixler flaunted her burgeoning bump.

Hamish is famous as being the husband of American actress Jess Weixler. He is professionally a business tycoon and has co-founded Flooved and DocsPerfect.

Hamish Brocklebank, age 31, is about to become a father!

Hamish, who is married to The Good Wife's actress, Jess Weixler, is expecting their first baby. The news of their first baby surfaced when she posed in a black dress with a visible bump. Well, she might have said that she just had a pizza. However, the truth is that Jess is six-month pregnant and is bracing herself for motherhood. The British businessman Hamish and his spouse, Jess shared the wedding vows in December 2015 on a beach.

In their marriage ceremony, his wife's close friend, Jessica Chastain, wife of Gian Luca Passi de Preposulo, graced the ceremony making it a grand affair. Hamish and his better half have been together since 2013.

You May Like: Allie Stuckey Wiki, Age, Husband, Education, College

Hamish's Net Worth As CEO of

The British businessman Hamish Brocklebank has been accumulating his net worth working as the Co-founder & CEO of his company Portent.IO since May 2014. His company focuses on clients to optimize marketing, forecast revenues throughout the movie lifecycle, and increase catalog incomes.

Hamish has worked as Marine and Aviation Insurance Broker in the company Oceanic & Industrial consulting, where he worked from June 2009 to July 2010. Later in July 2011, he became the co-founder as well as Chief Bookworm Farmer of Flooved. While working for the Flooved, the 31-year-old magnate co-founded another company named DocsPerfect in December 2013. The company was a Fin-Tech spin out from flooved.com, where they transformed financial documents into interactive, friendly, analyzable, and data-rich HTML pages.

Having involvement in the field of business and marketing, Hamish has garnered a fruitful amount of wealth and savoring the luxurious lifestyle with his wife, Jess.

Talking about his family, he was raised by their parents, Sir Aubrey Thomas Brocklebank and Dr. Anna-Marie Dunnet along with his brother Aubrey William Thomas Brocklebank. As per wiki, his parents got married in 1979, but they later divorced in 1990.