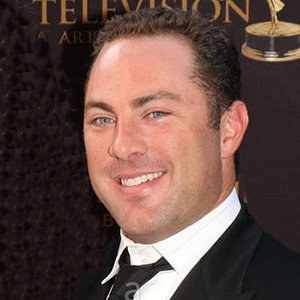 Best known as the son of Dr. Phil, and husband of stunning model turned actress Erica Dahm; Jay McGraw has created his own identity as a CEO of a production house. Jay is the chairman and CEO of Stage 29 Productions in Los Angeles.

He is a man born with a silver spoon and has followed his father's footsteps and appeared on different shows. Taking Phil as an inspiration has helped him move upwards in his career.

Jay has summoned the net worth of $12.5 Million as a chairman and CEO of Stage 29 Productions in Los Angeles; a company co-founded by his father. He also earns decent earnings from his books, targeted for young people.

Apart from the production house, he has been in many fields and achieved a great height of success. He has written several books targeting young people. He has appeared on the award-winning series Dr. Phil, which is an Oprah Winfrey Network's show and has also served as executive producer on several prime time Dr. Phil specials. He also appeared as the host of Renovate My Family, which aired on Fox.

Jay and his wife owned property at Beverly Hills near the Post Office area, which was listed for sale at $6.25 million. It was a contemporary Mediterranean mansion with a swimming pool, spa and a cabana- covered outdoor living and dining room.

Jay, 39, is married to one of the hottest playboy models, Erica Dahm. Erica is one of the identical triplets featured in the December 1998 issue of Playboy and was also seen in some of the TV shows.

Their romance took the flight when Jay first met Erica on the set of Renovate My Family show, which he hosted. Though there were identical triplets in front of him, he says he fell for Erica and calls it “love at first sight.”

The couple shared deeply touching wedding vows that they wrote themselves on 12 August 2006. Their big day was held in McGraw's family home. Around seventy close friends and family accompanied them in the mansion, which was elegantly decorated and shinning with crystals. For the day, the bride wore a Chado Ralph Rucci’s sophisticated floor length dress.

Jay's wedding was followed by a lavish reception with more than 400 guests under the roof of Beverly Hills Hotel, decorated with glittering crystals and lilies. The duo cut their six-foot-tall cake and danced in “Me and You” for the first time as a married couple. Both Phil McGraw and his wife, Robbie McGraw were happy and proud of their son for choosing the best woman as a life partner. In the 12 years of married life, the pair is blessed with two kids, Avery Elizabeth, and London Philip. The celebrity couple’s children live a lavish lifestyle and have beautiful upbringing. As he got the lesson to sacrifice and work hard from his father, the businessman wants his kids to grow up in the same philosophy and keeps them grounded.

Texas native CEO was born in 1979 and marks his birthday on 12th September, as per wiki. Jay stands a few inches shorter than his father Phil, who stands at the height of 1.93 meters (6 feet and 4 inches).

He was born to Phil McGraw, famous as Dr. Phil, and mother Robin McGraw, a television personality. In his family, Jay has a brother named Jordan McGraw, who pursues a career in music.

The writer attended the University of Texas where he earned a B.S. in psychology and later joined Southern Methodist University to earn a law degree.