Home » Celebrities » Ainsley Earhardt Wiki, Salary, Net Worth | How Much is Co-Host Worth?
Share 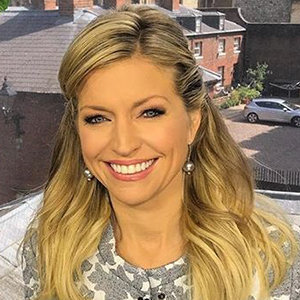 Ainsley Earhardt is one of the brave journalists who reported the murder investigation of Aaron Hernandez and the death of actor James Gandolfini on FOX News. She went to the scene of the live shooting at the Emanuel African Methodist Episcopal Church in Charleston and provided the updates to the FOX viewers.

Ainsley has covered several reports including the incident of kidnapper Ariel Castro and Texas military base massacre. She even serves as a co-host of Fox & Friends.

How Much Is Ainsley Earhardt's Salary And Net Worth?

Ainsley Earhardt, 42, has amassed the net worth of $6 million from her career as an American broadcast journalist. Her annual salary as a co-host of Fox & Friends in FOX News is around $2 million. The broadcast journalist, who is working on FOX News based in New York since 2007, is one of the top earners in the network.

At the age of 24, Ainsley inaugurated her journalism career and worked as a local reporter in CBS 19 affiliated WLTX-TV in Columbia, South Carolina. In 2005, she received an offer in CBS 5 affiliated KENS-TV in San Antonio and worked for almost a year and a half hosting the morning shows. Ainsley then moved to New York where she joined FOX News in 2007.

After arriving at FOX News in New York, the University of South Carolina's Young Alumni Award-winning journalist worked as a reporter for FNC. She covered major stories including the 2008 Sichuan earthquake, 2010 Deepwater Horizon oil spill, and the 2013 EF5 tornado in Okla. Ainsley also provided the live broadcast of the 266th sovereign of the Vatican City State, Pope Francis' visit in New York City. Born as Ainsley Hayden Earhardt on 20 September 1976, Ainsley is a native of Spartanburg, South Carolina. The TV anchor stands at the height of 5 feet 8 inches (1.73 m) and holds American nationality. She attended Spring Valley High School in Columbia and lived in several places of the U.S. like New York, Florida, Texas, and North Carolina.