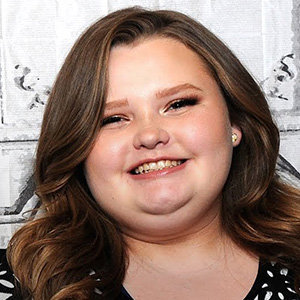 Reality TV personality Alana Thompson, more than being a daughter of June Shannon and Mike Thompson, she became prominent as the one who mesmerized the audiences from her appearances in Toddlers & Tiaras and Here Comes Honey Boo Boo. She also appeared in her mother June Shannon's weight loss series Mama June: From Not to Hot.

Also known as Honey Boo Boo, she competed in the inaugural season of Dancing With The Stars: Juniors in 2018. Alana is also a familiar face of Syndicated TV program Entertainment Tonight.

Alana Thompson Net Worth! Where Is She Now?

According to The Sun, Alana, age 13, relishes a reported net worth of around $800 thousand. In the TLC series Here Comes Honey Boo Boo, her family reportedly received about $50 thousand per episode. Altogether, Honey Boo Boo marked her appearance in 26 episodes from 2012 to 2014. Calculating the total sum, she approximately collected a whopping $130 thousand from the TLC show alone.

After her debut from the show Toddlers and Tiaras, she appeared in numerous shows like Wendy: The Wendy Williams Show and Mama June: From Not to Hot. In 2018, she made her appearance in Dancing with the Stars as a Junior Contestant. She and her dance partner Tristan Ianiero mesmerized the judges with their dance performance of "Something There" from Beauty and the Beast. Unfortunately, Alana and her partner Tristan got eliminated during the Halloween episode. Their jazz performance of Ghostbuster by Ray Parker Jr. could not win the hearts of the judges, and she cried after learning that she didn't advance to the next stage. Nevertheless, people were upset over their elimination, and some blamed the voting system and judges.

The Mcintyre native is not the same six-year-old lady who wore the frilly pink dress and heavy makeup while debuting in TLC's screen Toddlers & Tiaras. She has now a pretty make-up and regularly keeps her update to her fans from her Facebook account, which has over one million followers.

Born as Alana Frances Thompson in 2005, Alana is a native of Mcintyre, Georgia. She celebrates her birthday on 28 August and is known by the nickname as Honey Boo Boo. The actress made her debut at the age of six from TLC's reality show Toddlers & Tiaras. Her height is 1.37 m (4 feet and 6 inches).

At the age of 12, Alana got inspired by her mother June Shannon for the weight loss journey as June went from size '24' to size '4'. With some healthy diet and exercise, her mother had a large drop in her weight, i.e., 150 pounds. In January 2018, Alana talked with Inside Edition and revealed that she also wanted to drop her weight like her mother and had been following a 'no-grease-diet.'

Alana showed her temporary tattoo of a fairy on her left shoulder and another one on her right arm in 2012. She got spotted with a tattoo on her arms while discount shopping trip with her mother Mama June in the Dollar General store, McIntyre, Georgia in September 2012. As per wiki, June received criticisms when she gave Alana her 'Go Go Juice,' which was a mixture of Mountain Dew and Red Bull.