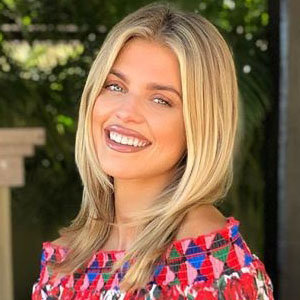 Former model turned actress AnnaLynne McCord is known for playing vixen-type roles who first gained prominence in 2007 after appearing in the FX television series Nip/Tuck. She was the second actress to be cast in the CW 2008 series 90210, portraying antagonist Naomi Clark.

Her astonishing acting skills helped her for the nomination for Teen Choice Award and also earned a Young Hollywood Superstar of Tomorrow award in 2009. Similarly, she was able to garner the Breakthrough of the Year Award in 2010 and also the "Best Actress" at the Malaga International Week of Fantastic Cinema in 2012.

The love life of AnnaLynne McCord, age 31, depicts rumor and several on and off relationship. She was entangled with the rumors and speculations regarding her possible affairs with the retired NBA star Rick Fox and model Aaron O'Connell.

And back in early 2009, she was in a romantical bond with her boyfriend, Kellan Lutz. Their love life flaunted on the media after they were spotted kissing during the Valentine's Day 2009 in New York. Although the couple had denied their dating story, AnnaLynne later confessed her budding relationship with the Twilight actor.

The couple relished their bond for nearly two years and parted their ways in 2011. While attending the Rape Foundation Annual Brunch in Beverly Hills, on 25 September 2018, the actress opened up about her relationship with Kellan to Us Weekly. She explained that she could not make things work with him because of the sexual assault that she had faced before their relationship.

Her love life also trails the fluctuating relationship with the Prison Break Actor, Dominic Purcell. AnnaLynne and Dominic started their romantic affairs in 2011 and came to the public's eyes on the set of 90210 in July. After the couple dated for three years, they dissolved their relationship and moved separate ways in 2014.

However, in 2016 the duo reconciled after a couple of years of their split. As per AnnaLynne, Dominic's health crisis brought back them together. Dominic was diagnosed with skin cancer in 2015 and AnnaLynne accompanied him as a best friend. She revealed that she was pleased to get her best friend (her ex-boyfriend) back. Also, she confessed that she came back to his life as a friend only because she loved Dominic. Nevertheless, AnnaLynne does not have a husband, but she relishes her life as a friend with Dominic Purcell.

AnnaLynne has earned her net worth through her acting roles in films, music videos, and television, as well as many guest appearances on tv sitcoms and serials. She is an American actress who has a net worth of $5 million. She rose to prominence after playing vixen-parts that steamed up the small screen.

Her acting career credits her role in several movies and TV shows like Fired Up!, The Haunting Of Molly Hartley, American Heiress, CW series 90210, The O.C., Ugly Betty, and CSI: Miami, and many more. In 90210, she has hooked up with Rumer Willis with a lesbian role.

The American beauty with blond hair was born in 1987, in Atlanta. She celebrates her birthday on 16 July. She stands the height of 1.71 meters (5 feet and 7 inches tall) and weighs a decent weight. AnnaLynne is embedded with her curly hair.

AnnaLynne was born to extreme religious and conservative parents. She has two siblings (Sisters); Angel and Rachel who were homeschooled by her pastor parents. AnnaLynne, who was raped at the age of 18 by her friend, blames her parents for being physically abusive to her as a child.