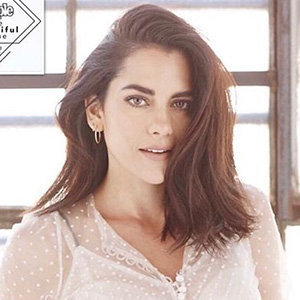 Inbar Lavi, who was born in Israel, pursued her dream of acting in America and is now considered as one of the talented actresses in the entertainment industry. Rising through her struggling phase, she is known for her role in Imposters.

Although she has claimed success, she remains low-key about her relationship. However, the unmarried actress had been in a relationship in the past that too with an American actor.

Still Unmarried? Or She Is Dating Someone?

Back in 2011, Inbar was reportedly in a relationship with the American actor, Christoph Sanders. Although their relationship was not confirmed, the couple was rumored to be romantically involved. Back in 2013, Christoph even called his followers to vote for Inbar, to whom he called "My lady," in 100 Sexiest list.

However, after dating four years, the couple had a split, and Inbar confirmed her relationship status on Valentines Day in 2016 by saying that she is single.

In 2017, she was rumored to be dating TV star, Rob Heaps. Rob Heaps revealed that he first met Inbar in a screen test for Imposters where she shared her struggle in an initial stage of her career. Inbar even wished her alleged on his birthday abd called him "black and white master," and concluded her caption by writing she loves him. However, she is not dating Rob and maintains a friendly bond. In the picture, Rob even replied by saying "thanks for breaking my heart," which suggested that they don't share any intimate bond. As for now, the 31-year-old star has not revealed about her current relationship yet. She is reportedly unmarried and is busy on her professional commitment with TV series Lucifer.

How Much Is Inbar's Net Worth?

Inbar Lavi gathers her net worth from her acting career. As per Payscale, an average salary for a TV actress is around $50K. As she has almost two dozens of TV series credit, she likely draws above average wage package.

Her career began, when she moved to New York in 2004 and performed in various off-Broadway theatres. She then got the full scholarship at Lee Strasberg Theatre and Film Institute. In 2009, she made her guest appearance in different TV shows like; Entourage, The Closer, CSI: Miami and In Plain Sight. She has also appeared in various TV series like; Imposters, The Last Ship, and Prison Break.

Her roles in the movies include; The Last Witch Hunter(2015), Imposters (2017) and Getting That Girl (2011). She has gathered her fortune from her professional career of acting and has claimed the top height of her career.

Inbar Lavi was born in Israel in 1986 and celebrates her birthday on 27 October. Her name "Inbar" means Amber in Hebrew. Her birth sign is Scorpio. Inbar, age 31, stands at the height of 1.6 meters (5 feet and 3 inches). She is of Israeli Ethnicity and also holds Israeli Nationality.

Inbar, who was born to Israeli parents, did her schooling at Kiryat Sharet high school in Holon, Israel, where she studied ballet and modern dance. She studied at Sophie Moskowitz School of Acting in Tel Aviv to focus on Method Acting and the Stanislavski technique.