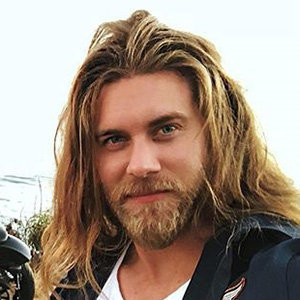 American fitness trainer and actor Brock O'Hurn is an example of a perfect human specimen whose muscular physique garnered him fame on Instagram racking more than 2.7 million followers. He started his fitness trainer career from Los Angeles and shared training tips online. He did numerous advertisement campaign for health-related products and even went to Kenya.

In 2016, Brock joined up with Tyler Perry and appeared in the movie Boo! A Madea Halloween and later in its franchise. He also appeared in TV series Too Close to Home and played a role of Ragnar Stormbringer in 2018 TV Movie Rayden Valkyrie.

While many would think that Brock has won the heart of many ladies, it may be surprising that the 6 foot 7 inches tall model hints from his social media that he is a single guy. In the recent Valentine 2019, he showcased his singlehood by flaunting his photo and wishing Valentine's to his followers. During the National Girlfriend Day in August 2017, the Rayden Valkyrie actor affirmed that he does not have a girlfriend. The 27-year-old hunk took his Twitter and captioned, 'Where mine at doe?!'

Back in May 2015, he arrived with his photographer friend Diogo Vinhais in Santa Monica, California. While his friend started to take his photoshoots, several women approached him and posed for a picture with him. He was even asked whether he was married or not by an older woman. The fitness trainer simply dodged the question and hinted that he was not married.

As of now, he is relishing his single life and has remained focused on maintaining his body physique. Though his obscurity regarding his love-life has questioned about his sexuality of whether he is gay or not, Brock has yet to address those rumors.

Know About Brock O'Hurn Net Worth

Brock O'Hurn, age 27, is an American actor and fitness trainer whose estimated net worth is $300 thousand. He appeared in 2017 movie Boo 2! A Madea Halloween that grossed a box office of $48.3 million in a production budget of $25 million, as per Box Office Mojo.

Brock also has a jewelry line Ebb & Flow, and he aims to have his jewelry line franchise. Apart from that, he earns big bucks from his Instagram endorsements.

Born as Brock Vincent Phill Hurn in California in 1991, Brock O'Hurn celebrates his birthday on 19 August. The personal trainer was at the age of nine when his parents Hurn and Paige got divorced. He then grew up with his mother in South California. In his family, he has three siblings Aspyn, Drake, and Carly.

Brock has a tall height of 6 feet 7 inches (2.01 m) and holds American nationality. His ethnicity is mixed (English, Irish, French, and German). During his childhood, he went to nine different schools in Palm Springs, Orange County, and San Bernardino.

As per wiki, the fitness trainer likes to listen to the music of Guns N' Roses and is friend with boxer Victor Ortiz.