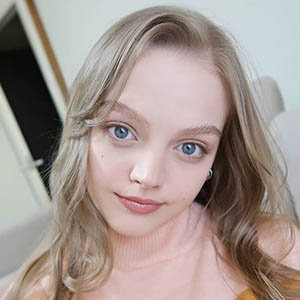 Dakota Rose is a YouTube phenomenon with 528k subscribers famous for her barbie doll trademark look and her kawaii appearance. Indeed, she is a living doll, who looks just like an artificial doll but is surprisingly a human.

Prominent as Kotakoti and Dakotakoti, Dakota’s YouTube channel is 'dakotakoti' where she post videos of her doing kawaii makeup, beauty contents, and vlogs. Her charming face adds more beauty and interest in her videos. Similarly, in Asia, she is popular as Kotakoti.

Who Is Dakota Rose? Details Of Real Life Barbie

Dakota is an American YouTuber based in Tokyo, who is prominent for her real-life doll trademark. Her birthdate is 19 September 1995, and her birthplace is Chicago, IL. Dakota’s real name is Dakota Ostrega.

She established her YouTube channel ‘dakotakoti’ in October 2011, and since then, she has created a separate fan base. Besides YouTube, Dakota is also a model and has an acclaimed record of working with Bravo Models out of Tokyo, Japan.

Popular for her look, most people are hooked at Dakota’s appearances. She has amazing facial features, and Barbie-inspired makeup over it makes her look like a Barbie. Also, she has beautiful almond-shaped eyes.

In Dakota’s family, she has parents Scott and Kathy, and her sisters, namely Kristen (Kiki) and Kyler. Her family had moved to Tokyo from the Chicago suburb of Streamwood due to Dakota's father's job placement. He is a computer engineer by profession and a pillar to his daughters.

He and Dakota's mother has always stood by their daughter's internet negligence. Both mom and dad were there when Dakota's sister Kristen was online bullied and abused.

Dakota's older sister, Kristen Ostrega, is an internet celebrity. She appeared in the Rolling Stone in 2011. Popular as Kiki Kannibal from her MySpace account, Kristen has received backlash fame rather than a reputation. She had first logged in MySpace in 2006 when she was only the age of 13, but the society did not like her pouty pictures with heavy makeup and cropped tops.

As a result, she and the family had to face several bullies and harassment in the past. The family has well understood how scary and awful internet fame could be.