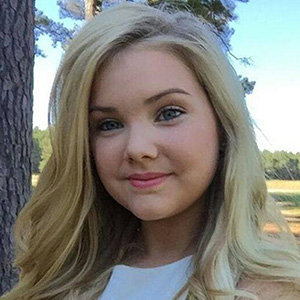 Reality television star Eden Wood fascinated the heart of audiences after she became one of the young child beauty pageant winners. And with the increasing popularity of Eden, her mom fell into controversies for misusing her identity.

Eden, who started her career in a beauty pageant 14 months after her birth, rose to fame through her debut in the American reality television series Toddlers & Tiaras aired on TLC. She also portrayed the role of Darla in the direct-to-video comedy movie The Little Rascals Save the Day.

Eden Wood is the only child of Mickie Wood and her husband, who worked as a welder. Eden made her appearance in the TV show Toddlers & Tiaras with her mother Mickie with whom she maintains a healthy bond. Well, her mother has also co-written a book on her life.

Nevertheless, in April 2013, the former Toddler & Tiaras star and her mom fell into controversies after Eden’s former manager, Heather Ryan included disturbing allegations related to Mickie on his written e-book Tell-All. In the book, he verbally abused Mickie writing,

“Unleashing A Momster: A Look Behind The Curtain At The Tragic Life of America’s Most Successful Child Pageant Star.”

He even opened up about how Eden was physically neglected and verbally abused by her own mother. Conversely, Eden’s mom denied the allegation to The Huffington Post saying its completely false. Furthermore, she expressed her disappointment towards Heather, who reportedly published false and abusive statements.

Eden Wood also adores her dad and her love towards him is vivid in her social media posts. Eden Wood and her father on her birthday (Photo: Instagram)

On 20 February 2015, on the occasion of her birthday, she shared a picture with her dad on Instagram where she is seen taking pictures of her dad in a Snapchat filter.

How Much Is Eden Wood’s Net Worth?

Eden Wood has a whopping net worth of $100 thousand, which she accumulated from her career as a child beauty pageant winner. She earned the prominent part of her revenue as the winner of the Tiny Tot Winner, securing 300 titles and talent wins.

The reality star also garnered the fortune appearing in the reality show, "Toddlers and Tiaras." She also received the payroll from the handful of shows like Nightline, 60 Minutes, and "Good Morning America.

Alongside her reality TV career, she has also earned a considerable amount of wealth from her clothing line The Eden Wood Line.

Eden made her pageant career when she was only fourteen months old. Later, at the age of four, she made her debut in the reality show Toddlers & Tiaras. In 2011, Eden aired her own reality show named Eden’s Worlds in the TV channel Logo.

Recently, on 2 October 2018, she became the winner of the Miss Junior High America New York State. As of now, she is pursuing her modeling career and participates in events like New York Fashion Week.

Born in 2005, in Arkansas, the USA, Eden Wood celebrates her birthday on 18 February. She is fond of singing, and her dream is to pursue her career in modeling and acting.