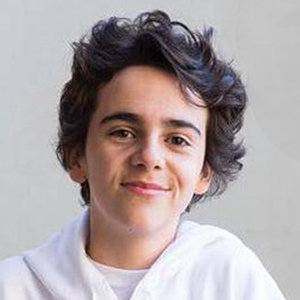 He is set to appear in the upcoming American supernatural horror movie It – Chapter Two as Young Eddie.

Family Connection With Film Industry And His Parents

Jack's family members are from the film industry. His father Gavin is an actor who is known for his appearances in American Gangster and Frost/Nixon. He is also a nephew of Oscar-nominated film producer Brian Grazer.

His parents Gavin and Angela are no more in a relationship. After their split, his father Gavin married Jana Thompson in 2009.

During Father's Day in June 2018, Jack shared a throwback picture of his dad and mentioned him as a Young Papa. Likewise, in July 2018, the actor took to his Instagram and wished his mother a happy birthday showcasing his love towards her. There are not many details regarding his siblings.

Is Jack Dating After Splitting From Girlfriend?

Robot Chicken actor Jack was dating Instagram star Ellie Hiyar. The former couple met at a party and became friends. When Jack started sharing photos with his then-girlfriend on Instagram, their fans were pretty much excited and wished them luck.

They even appeared in the official video of 'Tell Me Tell Me' by Courtship that got released in March 2018.

You May Like: Arsenio Hall Wiki, Married, Wife, Divorce, Girlfriend or Gay and Net Worth

Jack Dylan Grazer and his then-girlfriend Ellie Hiyar in the official video of 'Tell Me Tell Me' by Courtship (Photo: YouTube)

In April 2018, Ellie broke the heart of their fans by uploading the YouTube video where she revealed that it had been three months since she and Jack had split. Though they are no more in a relationship, Ellie affirmed that they are very close friends.

Jack's ex-girlfriend is currently dating a mysterious guy with whom she is in a relationship since November 2018. As for Jack, he has remained focused on his acting career.

How Much Is Jack Dylan Grazer Net Worth?

Jack, age 15, summons the net worth from his career as an American actor. According to Payscale, an actor has estimated earnings of $50,529 per year. He appeared in 2019 fim Shazam!, that grossed a box office of $167.1 million in a production budget of $80 million, records Box Office Mojo.

The teenage actor began his acting career in 2014 landing a cameo role in TV special series The Greatest Event in Television History. He then appeared in 2015 film Tales of Halloween as Young Joey Stranger.

Born on 3 September 2003, Jack Dylan Grazer is a native of Los Angeles, California. His ethnicity is mixed (Jewish, German, Irish, English, and French) and holds American nationality. The actor has a decent height, and his birth sign is Virgo.

While Jack was receiving education at school, he filmed a documentary Family is Family and won the Best Documentary Award in school. As per wiki, his interests are surfing, script writing, and boogie boarding.