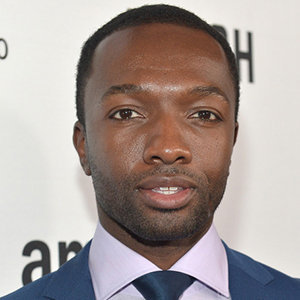 American actor Jamie Hector has been mentoring his acting skills for a long time and to express it on the film has been a passion of his life. Jamie, who has established a youth mentoring organization Moving Mountains, was also part of several fundraising efforts for the Haiti Earthquake. His role as Baltimore drug lord, Marlo Stanfield, in the HBO drama series The Wire has been one of the famous characters that acclaim his spot among the audiences.

While his career is in highlight, his personal life has been something that is behind the curtains.

Professional Career As An Actor

Jamie began his career in acting by auditioning for a community theater company. He then joined the college and continued his test on the films such as New York Undercover, Third Watch, Law & Order, Law & Order: Special Victims Unit, and The Beat. And in 2002 he got a role in the movie Paid in Full.

From 2003 to 2010, he played various roles in the movies such as Five Deep Breaths, Blackout, Max Payne, Just Another Day and Night Catches Us. He also played a voice role in the first shooter video game Halo: Reach as Emile-A239 (Noble 4).

In 2011 and 2012, he appeared on CSI Miami as Jean Guiton and Common Law where he played in one episode. He continued to play his role in the films and TV series making various appearances from 2012 to 2017. In 2018, he played the role of Keefe D’s Lawyer on TV series Unsolved.

How Much Is Jamie's Net Worth?

Jamie, who has played several roles in the entertainment industry, is one of the professional American actors who has a net worth of $2 Million. His lead role in the film Five Deep Breaths was an official selection of the Cannes, Sundance, Tribeca, and IFP Film Festivals. The movie went on to accumulate 16 awards including Gold Plaque in the 2003 Chicago International Film Festival. Jamie is also a star of the show Bosch which is currently on its fifth season. Jamie plays the role of Jerry on the series. The show has become a hit amongst the audiences and has shown Jamie's innate acting abilities.

With over two dozens of films and TV series to his name. Jamie has accumulated a decent sum amount of money in his career. All of which have played a tremendous role in boosting his net worth. Over time, it would be no surprise to see his net worth numbers grow to higher figures.

When it comes to love life, Jamie has managed seclusion in such a way that he has hinted only few information about it. The actor was believed to be dating his lady before 2005. Then somewhere between 2005 and 2006, he secretly got married to his girlfriend. However, due to his secrecy, his wife's name and her details are still obscured by the clouds. Jamie Hector and his wife  Jennifer Amelia on their wedding (Photo: lipstickalley.com)

Then on 12 July 2009, when he was throwing a party to celebrate his wife's pregnancy in New York, a fatal gun battle broke out in a baby shower. The apparent attacker hits nearly 50 shots to the guest and followed his injured target to the hospital and fired him again. Police found almost 46 bullets in the scene which took place in East Flatbush, Brooklyn.

After the violence, the cops found two guns but failed to identify the attacker. Nearly 17 people died at the scene, and many people were injured. Jamie was in the party for sometimes, but it was not clear whether the actor was still there when the misfortune disaster broke out.

Nearly four years after the incident, on 21 March 2013, he was seen with a little girl attending to Ringling Bros. And Barnum & Bailey Present Built To Amaze! in New York City. Similarly, on 9 January 2015, the actor posted a picture on Instagram where he was seen pulling the sled out of a baby girl.

Despite the privacy of his romantic life, he is married and seems to have one kid with his lovely wife. Meanwhile, in June 2016, it was confirmed that her wife named is Jennifer Amelia. On the Instagram post by Jamie Chung, she mentioned the lady as Jamie Hector's wife.

Well, his marital relationship with his wife proves that he is not gay and is straight in real life.

Jamie Hector was born on 7 October 1975 in Brooklyn, New York City. He is the youngest of seven siblings who were born to Haitian parents.

You Might Enjoy: India Eisley Parents, Ethnicity, Net Worth

Jamie stands at the height of 6 feet (1.83 m) and is a graduate from Lee Strasberg Theatre and Film Institute in New York City.