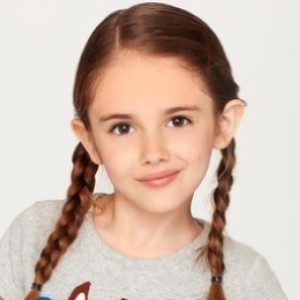 American child actress Julia Butters is fascinating public's attention and scrutiny of her role as Anna-Kat Otto on ABC's American Housewife. Just at the age of 12, the talented actress is excelling in the Hollywood industry after appearing in several prints and TV advertisements.

Julia's first role was in Criminal Minds, where she portrayed Gabby Hoffer. In 2015, she landed the role of Ella on Amazon Video's Transparent and became the notable face.

American Housewife actress Julia, age 12,  was born to her parents Darrin Butters and Lorelei Butters. Her father Darrin is an animator at Disney Studios and has worked on the big projects like Big Hero 6 and Meet the Robinsons. The animator came to Harvard in November 2018 and delivered a presentation as well as QnA session at the Carpenter Center.

Talking about Julia's family, her parents, Darrin and Lorelei are enjoying their long-married life since December 2003 and has exceeded over 18 years of marriage. The longtime married couple, Darrin and Lorelei prefer to compare their romances with  Indiana Jones and Marion Ravenwood's relationship. Julia's father is proud of her achievements in Hollywood. He often takes his Twitter to gush about his daughter Julia. Keeping the hectic schedule aside, Julia and her family travel and enjoy the weekend together. The father-and-daughter visited a theme park in March 2019.

In her family, Julia has a grandfather who gave her floral design notes in early January 2019. There is no news about Julia having siblings.

How Much Is Julia Butters Net Worth?

Julia, age 12, is a child sensation, who has been entertaining the Hollywood industry since 2014. With more than four years of expertise in acting, she has summoned the whopping net worth from her career. As per Bizfluent, a child actor earns a minimum salary of $5,258 per week for a significant role.

Since 2016, Julia is mesmerizing her audiences with her role as Anna-Kat Otto on ABC's American Housewife. Apart from that, Julia has credits in movies like 13 Hours, A Family Man, and Pals.

The talented child actress is set to appear in the upcoming film Once Upon a Time in Hollywood that is in the post-production phase.

Julia Butters, who is a native of Los Angeles, was born in 2007. The child actress lights the birthday candle every year on the 15th of April. She likes painting and often shares her painting on Instagram. On 2 October 2018, she showcased her talent, highlighting a zombie eating a red poison.

The 12-years-old girl, Julia a growing thus, she has a short height. Her ethnicity is white and carries American nationality. As per wiki, the talented actress has a birth sign of Aries. On 16 February 2019, Julia presents an award during the 55th Annual Cinema Audio Society Awards held at the InterContinental in Los Angeles.