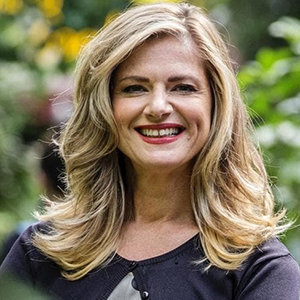 There is no second view of the fact that, love brings a better version of a person and assist to rediscover their true self. The radio host, Julia Zemiro who is a self-proclaimed workaholic, saw her fate turn upside down when she met Danish businessman partner in her life.

Julia Zemiro is recognized as the host of the RocKwiz, which is an Australian television live music trivia quiz show. She is currently famous for making an appearance in the movie The BBQ.

Savouring Relationship With Partner; Embarked Journey After Meeting At Plane!

Career is an important aspect of one's life, but Julia Zemiro was so involved in her career that she claimed that she was agonizingly single. In an interview with The Sydney Morning Herald Magazine in 2011, she mentioned that the settled life of her colleagues, who were married and having kids.

However, at the end of 2014, Julia gushed about her anonymous boyfriend, with whom she supposedly would have belated New Year’s Eve kiss. In an interview with Sunshine Coast Daily, she told that she met a lovely man in 2013. She made sure not to reveal the identity of her man. She gushed that she was single for a long time, but her loneliness ended after she met her Mr. Perfect.

Then speaking with The New Daily on 6 October 2018, Julia revealed about the love of her life. She said that her workaholic nature changed when she met her Danish businessman partner, Carsten Prien. She said that she and Carsten met each other five years ago on a plane in 2013. She added that thing is going perfectly as both of them are acknowledged with their feeling. With over five years of relationship under their belt, the two often makes their appearance in events. Julia and her partner, Carsten hugging while in Two's Company’s concert in July 2016 at the The Royal Hotel (Photo: www.southernhighlandnews.com.au)

As of now, Julia maintains an affectionate bond with her partner Carsten. Though she is not married in real life, she has tragic love with her on-screen husband in the movie The BBQ. In the Australian comedy film, The BBQ, Julia portrayed the role of Diane, whose husband is barbecue-obsessed Dazza Cook, portrayed by Shane Jacobson.

Julia Zemiro was born on 14 April 1967 in Aix-en-Provence, France. Her father, Claude is a retired restaurateur whereas her mother, Jane is a retired teacher. Later, she along with her family moved to Melbourne, Victoria, Australia.

The French-born TV presenter, age 51, completed her high schooling from Sydney Girls High School. Later, she went to the University of Sydney and completed her Bachelor’s degree in Art. Further, Julia held a Diploma of Dramatic Arts from VCA in 1994. Zemiro is few inches taller than her RockWiz’s member Brian Nankervis while comparing their height.