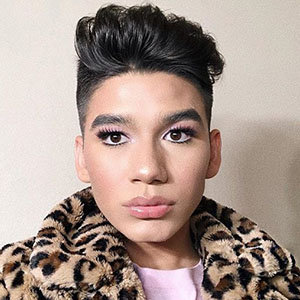 Known as the Tik Tok star, Kevin Bojorquez has quickly established himself as a social media sensation. With more than 2.9 million followers in his Tok Tok account, he is famous for lip sync videos.

Kevin is now pursuing a full-pledged career in social media and has built a giant fan base in Instagram, Snapchat, and YouTube. Just at the age of 16, he is on the verge of a breakthrough in a music career.

He is known for his Tik Tok (previously known as Musical.ly) account Kevin Bojorquez, where he has summoned 2.9 million followers. He has claimed success from his lip sync videos in Tik Tok.

He hasn't disclosed his net worth; he summons his fortunes from his YouTube account, where he has 40k subscribers. As per social blade, he earns up to $202 per month, and his annual income ranges from $152 - $2.4K.

He endorses various brands on his Instagram with his 466K followers. He is entitled to thousands of dollars from his deals in Instagram. In Instagram, he attracts his followers from his intriguing voice and video content.

Who Is His Girlfriend? All About His Sexuality

Kevin Bojorquez doesn't flaunt his love life in social media. However, he hinted that he is single on 5 August 2017, when he retweeted a post by fellow Instagram star Jackson Krecioch. Jackson wrote on 5 August 2017, If you aren't your mans biggest fan then wyd? He then retweeted and wrote, Being single.

He again gave a subtle hint about his single status on 12 February 2018 when he said on Twitter that he never had a valentine. As of now, he is yet to reveal about his girlfriend and is enjoying his single life.

His low-key relationship status made his fans question his sexuality. However, he is not bisexual, which he revealed during a question-answer round in ask.fm. Although he is yet to confirm his sexuality official, he tweeted on 4 May 2018 and mentioned about gay people.

His dating life is secretive, but when it comes to leading a social life, he maintains a strong bond with some Instagram stars. On 28 July 2018, he shared a picture with Instagram sensation, Hailey Orona.

He experiments with his looks and once dressed as a woman and shared a picture on 30 August 2018. He then wrote that people could call him a barbie because he looked as beautiful as a doll.

He was born on 3 September 2002 in Nevada which makes his age 16 at the moment. Talking about his family, he was born to his parents Franklin and Eva Bojorquez. As per wiki, he has a sister named Celia.

He is of American nationality and belongs to Hispanic ethnicity. Standing in the height of 1.67 meters (5 feet and 6 inches), he has a charming personality. His voice has touched millions of hearts. Even at the age of 16, he has earned a great name, fame, and success.