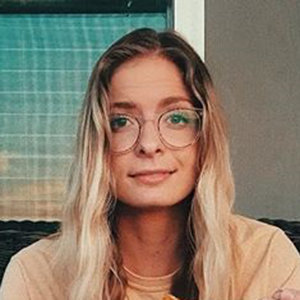 With a soothing voice, Lauren Duski has managed to crawl into the hearts of everyone around the world. A runner-up in the 12th season of The Voice in 2017, Lauren’s fame since her appearance on the show has catapulted to great heights sparking a new beginning for her career.

A native of Gaylord, Lauren began singing when she was just a young girl and had the dream of becoming a singer. Though her parents are dentists, she abandoned the family legacy and pursued a career in music. This is how her journey to music began.

Lauren Duski is not married but isn't single either. She is currently in a relationship with a man named Austin Addams. Their relationship can be seen vividly on their social media accounts. It is unclear as to when and where the pair met, but the first picture of their time together on social media goes back to 2017.

Since then, they've never hesitated to give glimpses of their romance. The lovebirds have uploaded several different pictures of their time together, enjoying vacations, red-carpet events, and so forth. And with every passing day, their love for one another has grown stronger and stronger. Moreover, the couple has surpassed their 2 years of intimacy in 2019 and is now in the run of three years of togetherness.

The Voice- Net Worth

The 12th season of The Voice in 2017 turned out to be lucky for Lauren. After reaching the final of the show, she earned the massive notoriety. Although she failed to win the ultimate prize, she became a runner-up and won the hearts of everyone who lent their ears to her soothing voice.

Since then, Lauren's contributed a lot to the musical career. Most recently, she released her debut EP titled Midwestern Girl in 2019. Also, she is on set to begin a tour with the renowned Lukas Graham.

Besides that, Lauren also runs her self titled YouTube channel, where she boasts about 8.45K subscribers.

So it would seem that her career has taken off pretty well. Along with that, without a doubt, Lauren's earning has boosted to some level. Though her exact net worth remains low-key, she makes a decent chunk of change, which is above an average singer.

Lauren Duski was born on the 12th of August, 1991, in Gaylord, Michigan, to parents Edward and Janis Duski. Both her parents were dentists. Just like her parents, she too had thought of becoming a dentist before beginning her career as a musician. In the family, Lauren also has a younger brother.

While growing up, she attended the University of Michigan, where she graduated with a degree in Bachelor of Science in Biopsychology.