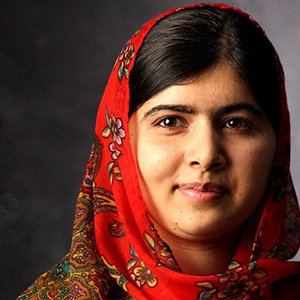 Many females in developing Asian countries are distant apart from their right to education. The reasons are political instability, terrorist movements, lack of female rights and more. In Pakistan, Malala Yousafzai rose to prominence and spoke her heart out in favor of female education.

Malala Yousafzai is a Pakistani women’s rights activist known for her advocacy for female education in Pakistan. She stepped up at the age of 11 and courageously wrote how Taliban were messing with Pakistan, and preventing the young girls from going to school. Her blog gathered attention, and soon, she became an emerging activist.

Here are some facts about the Pakistani women’s rights activist, Malala Yousafzai.

Don't Miss: Who is Maria Butina? Exclusive Facts You Need to Know

Visited Pakistan With Family Under Tight Security; Cannot Have Boyfriend

Malala was born to her parents Ziauddin Yousafzai and Toor Pekai Yousafzai. In her family, she has two siblings Khushal Yousafzai and Atal Yousafzai. The Pakistani activist visited her hometown in March 2018 for the first time after the Taliban attack in 2012. She arrived in Mingora with her family under the massive security and became emotional to watch her native land. Malala Yousafzai (center) with her family arrived in their hometown in Mingora, Pakistan on March 2018 (Photo: nytimes.com)

During her 2013 interview with the Norwegian chat show host Fredrik Skavlan, she said that she has no boyfriend. Malala added that she follows the decision of her Pashtun father and she cannot use a mobile phone and go to the market without wearing a shawl. The Pakistani activist then assured that she does not and cannot have a boyfriend in any circumstances.

How Much Is Malala Yousafzai Net Worth?

Malala Yousafzai, 21, has a reported net worth of $3 million as a women’s rights activist. Her 2013 memoir called I Am Malala sold over 250 thousand copies in Britain with a worth about $3 million and sold over 1.8 million copies worldwide. As per the U.S.-based Institute for Policy Studies, she charges $152,000 per speech. However, Desmond Tutu’s reported it to be $85,000.

The Nobel Prize winner reportedly paid £200,000 in taxes and had donated around £750,000 for various education-related causes. During August 2015, Malala's life story dedicated company Salarzai Ltd allegedly had £2.2 million in its bank account and had a pre-tax profit of £1.1 million. After Malala won the Nobel Prize in 2014, she donated $50,000 to build the school in Gaza.

The Nobel Prize laureate was born on 12 July 1997 in Mingora, Pakistan. She stands at the height of 1.61 m (5' 3'') and possesses dual nationality as Pakistani and Canadian.

Malala graduated from Edgbaston High School in 2017. The activist is currently pursuing her bachelor's degree in Philosophy, Politics, and Economics at Lady Margaret Hall at the University of Oxford, as per wiki.