Home » Celebrities » Mannie Fresh Wife, Sister, Net Worth | How Much is His Worth?
Share 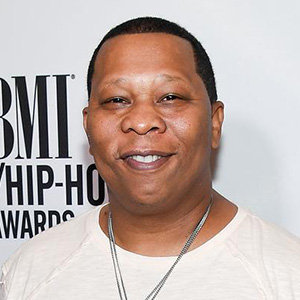 Known as Mannie Fresh, Byron O. Thomas is a famous American rapper, DJ and also a record producer. Mannie is a passionate rapper and music lover which is very well demonstrated in his early life as he walked into his father footsteps to become a DJ at a very tender age.

He became famous for his work with Cash Money Records and is an owner of a division company Chubby Boy Records. Currently, he is also working for Def Jam South.

How Much Is Mannie's Worth?

Mannie Fresh summons his net worth by working as an American hip-hop producer and rapper. His net value is predicted to be a whopping sum of money of $15 Million. Apart from being a producer and rapper he also works as a DJ. Thomas became a DJ at the age 15 in 1984 for New Orleans hip-hop crew New York Incorporated after being influenced by his father who worked as a DJ. A few years later, he began a partnership with New Orleans rapper MC Gregory D and released their first album together Throwdown in 1987, which was produced by Mannie Fresh. In 1993, Mannie got chance to be the in-house producer of his record label Cash Money Records. He then made many albums for the Hot Boys, producing all of the group's singles which were all chart-topping songs.

Later, Mannie formed the Big Tymers with his past co-worker/friend William and released five albums. He released his debut solo album The Mind of Mannie Fresh, in 2004, which included 30 tracks and featured the single Real Big, which peaked at #72 on the Billboard Hot 100. That was his biggest hit so far, and in 2005, he joined Def Jam South after splitting from Cash Money because of financial problems. On 27 October 2009, Mannie Fresh presented his second solo album, Return of the Ballin which was solely produced by Fresh himself and featured famous rappers like Rick Ross and Lil Jon.

Lost Sister In A Murder; Is He Married?

Mannie Fresh's sister, Angela Bryant, suffered a tragic death in 2007 as she got murdered in her own home at New Orleans. She died at the age of 42 and when the incident happened her two young children were present there, but luckily they didn't suffer any physical harm.

Mannie Fresh who gave his latest hit Big Things Poppin during that time was reportedly on his way back to his native New Orleans from Texas. He stayed there throughout with his sister's husband at it was a very tough period for him and his family.

Talking about his personal, no information has flown around regarding him having any wife. Although his personal life is very confidential, his support for person's individuality and sexuality is like an open book. He claims that he lives in New Orleans, where being a gay is normal, and people respect other's preference.

As of now, he is pretty much occupied by his career in music and his record label and is yet to discuss getting married. At the age of 49, he relishes his single life and invents ways to make songs blockbuster.

Byron Otto Thomas, who is best known by his stage name Mannie Fresh, was born on 20 March 1969 in New Orleans, Louisiana, America. He holds American nationality and belongs to Afro-American ethnicity.