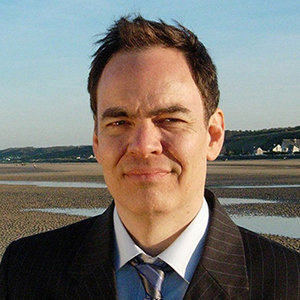 In Russia's RT network show The Keiser Report, American broadcaster Max Keiser and his wife of five years are providing the commentary and headlines. The international host also presented a season for BBC World News show The Oracle with Max Keiser.

Max is the co-founder of HSX Holdings/Hollywood Stock Exchange and has contributed to the Huffington Post. The financial pundit has covered the aspects of financial markets in his ten short documentary films.

How Much Is Max Keiser's Net Worth And Salary?

He hosts The Keiser Report on Russia's RT network and The Oracle with Max Keiser on BBC World News. The news anchor has presented the feature for the People and Power series on Aljazeera English. The broadcaster has produced several finances featured films such as Rigged Markets, Extraordinary Antics, and Focus on Locusts for Al Jazeera's series People & Power.

Max Keiser is married to American television presenter Stacey Herbert since November 2012. His wife Stacey, 50, has co-presented The Truth About Markets on Resonance FM in London. She has also co-hosted The Keiser Report with her American broadcaster husband on RT Network.

The couple does not hesitate to talk about their relationship on social media. During their third year anniversary, on 1 November 2015, The Oracle with Max Keiser host proudly shared his moment with Stacey where they relished a bicycle ride.

Further, on November 2016, Max and his wife Stacey arrived on The Plant, a business park in Pittsboro, North Carolina where he had a conversation about biogas with Lyle. Meanwhile, the television presenter took her cell phone and captured the moment of her husband's interview.

On July 2017, the couple joined the world's largest gathering of freethinkers, FreedonFest in Vegas. In an annual festival filled with intellects and open-minded environment, they filmed the event. Max also shared their snapshot on his Facebook and assured that the fun stuff for FreedonFest was on the way. Max Keiser and his wife Stacey Herbert in FeedonFest in Vegas in July 2017 (Photo: Facebook)

The couple is enjoying their ride for over 15 years. Max first met his wife Stacey in February 2003. Although they are nearly approaching towards the six years of blissful married life, the twosome has yet to announce the happy news of their children.

Born as Timothy Maxwell Keiser on 23 January 1960, Max's family hometown is in New Rochelle, New York. He later moved to England and settled in London. After obtaining a degree in theatre from New York University, Max took a variety of jobs as a radio host, stockbroker, and stand-up comic.

At the age of 49, the TV show host appeared in The Oracle which aired on Al-Jazeera English. As per wiki, he is a creator of an online game titled Hollywood Stock Exchange.