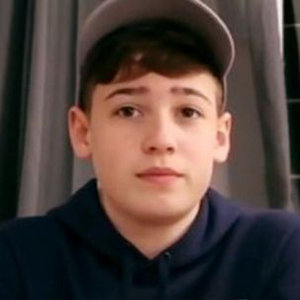 Max Mills is one half of the talented singer duo Max & Harvey who have released several albums like Words, Let Me Love You, Stuck on the Ceiling, and Coming Soon. With his twin brother Harvey Mills, the British pop singer shared musical.ly videos before creating their original contents.

He and Harvey developed a passion for singing since the age of five and began rehearsing together. They are now gaining a height of success in their music career and have enthralled their audiences with tours like Up Close and Nothin’ But Love Tour.

Find About Max's Parents And Siblings; Does He Have A Girlfriend?

Max grew up with his parents Paul and Sarah Mills in Berkshire, England. His father Paul, who was born on 6 January 1973, was a singer who performed in the musicals. Paul is very much supportive of his son's career and during their early days, he often recorded and live-streamed his son's songs on the internet.

In his family, Max has three siblings Tilly Mills, Leo Mills, and Harvey Mills. Tilly is his younger sister, Leo is his younger brother, and just by two minutes, Harvey is the older twins of Max.

Both Max and Harvey have a beautiful bond with their parents and siblings. In November 2018, the brothers' duo of Max & Harvey shared their family moment along with their siblings. They poked fun via Twitter stating, as soon as they snap the family picture, their adorable sister Tilly got plunged by a bird. Max Mills and his twin brother Harvey Mills with their siblings Tilly Mills and Leo Mills in November 2018 (Photo: Twitter)

Besides his family, fans often ask him and his brother Harvey about their dating life. The duo in one of their YouTube video titled 'Do We Have Girlfriends?' in May 2018 said that they would reveal their big secret but did not utter anything about their possible girlfriends.

How Much Is Max Mills Net Worth?

Max summons the net worth from his career as a British pop singer. He and Harvey have a YouTube channel named Max & Harvey which has more than 335 thousand subscribers. As per Socialblade, the estimated earnings of Max & Harvey ranges from $49 - $791 monthly, and $593 - $9.5K yearly.

Apart from YouTube revenues, the pop singer makes the earnings from Creative Artists Agency and his brand endorsements with Penn Lifestyle, Iconic Culture, and more.

Born as Max Luca Mills in 2002, Max has his birthday on the 31st of December. The pop singer is a native of Berkshire, England. He has a height of 1.78 m (5 feet 10 inches) and holds British nationality.

The aspiring singer weights around 156.5 lbs (71 kg) and carries white ethnicity. Max is attending high school. As per wiki, one of his distinctive features is his almond eyes.