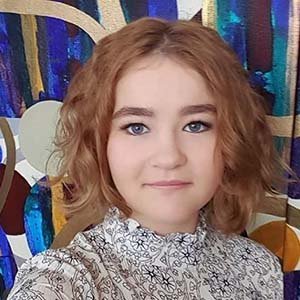 Millicent Simmonds is acclaimed for her role as Rose in the 2017 movie, Wonderstruck. Similarly, she rose to fame from the Sci-Fi/Horror movie A Quiet Place in 2018.

Interestingly, both of the movies got her a nomination for Best Youth Performance.

Furthermore, in 2020, she will be reprising her role in the sequel of A Quiet Place.

Millicent Simmonds was born on 6 March 2003 in Utah, United States.  She has been an inspiration for the youths around at a young age.

Her strong dedication and confidence have been a factor for her success.

Millicent Simmonds has developed a special affinity with both her real and on-screen families. Her social media posts are evident of this fact. As she is often seen spending quality times with her real family, she has equally maintained close ties with her on-screen family of A Quiet Place. In the movie, John Krasinski played the role of Millicent's father and Emily Blunt played her mother. But, Millicent's real-life mother is Emily Simmonds and she has a total of four siblings in her family.